Watch video: Aparajita’s tips to BJP workers ahead of polls in Odisha 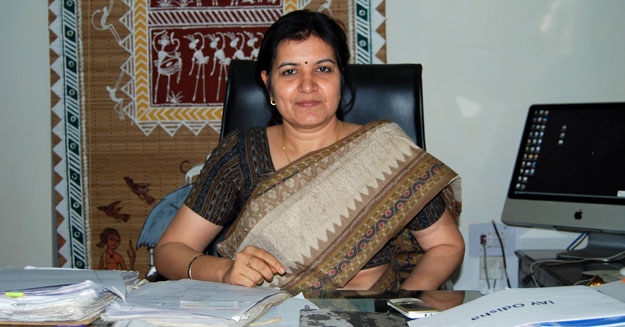 Bhubaneswar: Former IAS officer Aparajita Sarangi, who joined the BJP after taking VRS from service last month, is once again in news for her straightforwardness in the political field.

Even after retirement, Aparajita appeared in ‘Babu’ avatar taking a class of the party workers and asking them to work hard for the party for victory in the upcoming polls.

A video featuring Aparajita coming down heavily on the party workers during a speech at a party meeting has gone viral in media these days.

In the video, she is shown standing at a meeting and saying, “Don’t you feel ashamed of the party’s loss time and again? Instead of making strategies to win the polls, why you are indulged in groupism”?

Seems like the new face in the BJP is inspired by the party’s ideology and will not resist indifferences within the party. Targeting the workers, who flaunt themselves by taking sides of some leaders within the party, Aparajita asked them to leave the BJP.

“Why don’t you say that you are from the Bhartiya Janata Party (BJP)? Whoever will be the candidate fielded by the party, it is our duty to make them win, or else you quit the party,” she said.

“I have no association with anyone in the party. I am telling you, I don’t belong to anyone’s group in the BJP. I have joined the party after realising the party’s stand on the development and being inspired by Prime Minister Narendra Modi. I have been saying it in media. And you will see I will not be linked with any particular person or group in the party in the next 25 – 30 years,” Aparajita was seen saying this in the video.

Rail passengers not to be charged extra during Rath Jatra; details here