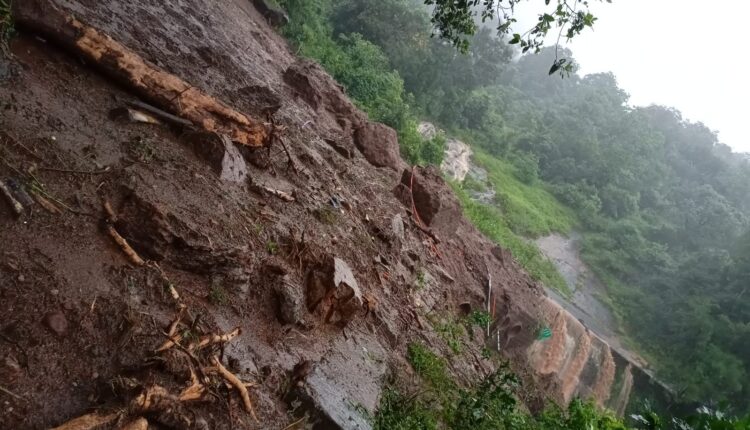 Koraput: NH-26 at Ralegada in Odisha’s Koraput district has been blocked after landslide due to heavy rainfall owing to Cyclone Gulab.

Many vehicles were stranded on both sides of the road. Road communication was snapped after the landslide.

The incident took place at Ralegada in Sunki Ghati under Pottangi block of Koraput district. Efforts were on by District Administration to restore normalcy.

The Koraput Collector has urged the people of the district to stay indoors till rainfall stops completely. The Collector has advised people to take precautions and avoid unnecessary travel.

Parts of Koraput have received very heavy rainfall in the last 6 hrs. Pottangi has received more than 150 mm. NH 26 has been blocked at Ralegadda due to a landslide. Work is underway to reopen the NH.

Please stay at home till the winds and rains completely stop.

They are letting us down consistently: MI skipper Rohit Sharma losing patience with batters