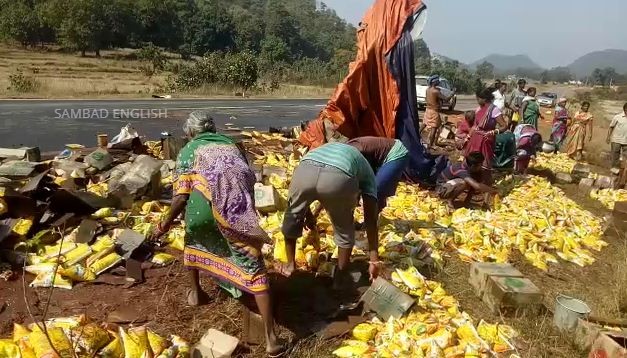 Sambalpur: Locals looted many packets of edible oil after a mini-truck carrying those overturned near Sirida in Kuchinda area of Odisha’s Sambalpur district, today.

According to reports, the ill-fated vehicle carrying edible oil was heading towards Kuchinda from Deogarh when the driver of the mini-truck lost control over the wheels. It hit a road divider and turned turtle injuring the driver and helper of the truck.

While some locals rescued the victims and took them to the Kuchinda hospital, others were seen looting the edible oil packets, which got littered on road after the accident. On being informed, police reached the spot and started investigation.