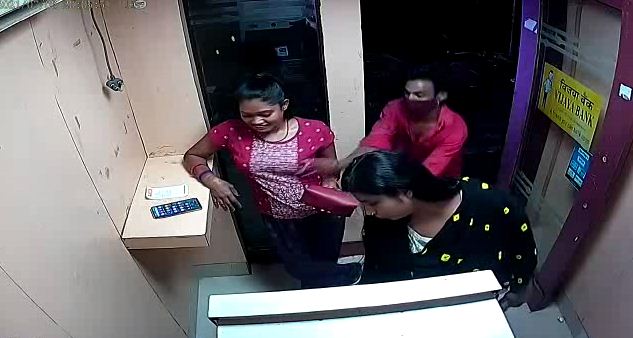 Bhubaneswar: A miscreant allegedly snatched away a bag containing cash from a woman at an ATM kiosk in Chandrasekharpur area here, last week. The incident was captured on CCTV camera.

The incident took place in the evening of July 6 when the woman, identified as Nirupama Swain, and her friend had gone to the ATM counter to withdraw money.

The accused came from her behind while she was present inside the kiosk, snatched away the bag containing Rs 40,000 from her possession and ran away.

Though the victim and her friend tried to chase him, but in vain.

On the basis of a complaint lodged by her, a case was registered at the Chandrasekharpur police station. The CCTV footage was later shared with all police stations in the city.

A team of Nayapalli police has managed to nab the accused.