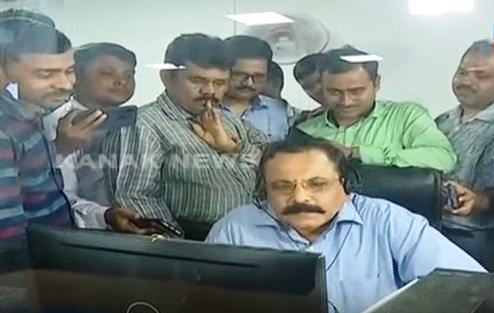 Bhubaneswar: Ahead of the launch of the ‘Mo Sarkar’ (my government) initiative of the Naveen Patnaik government, the Odisha DGP B K Sharma on Tuesday talked to some people visiting police stations to get their feedback about the behaviour of police personnel.

The ‘Mo Sarkar’ initiative will be launched in the state on Gandhi Jayanti Day on October 2. Under the initiative Chief Minister Naveen Patnaik and department officials will directly talk to people on how they are treated while visiting police stations and government hospitals.

The DGP visited the State Crime Record Bureau (SCRB) here and talked to people about their impression on the behaviour of personnel at police stations.

“A system of rewards and punishment shall be in place for encouraging/motivating the police personnel in achieving the aims and objectives of ‘Mo Sarkar’ initiative of the government,” the DGP said after reviewing the functioning of the State Call Center.

Sharma said appropriate targeted corrective and disciplinary action will be taken for improving the functioning of police at the cutting edge level. Police personnel who perform well in terms of manners, etiquettes, behaviour and response to citizens, will be suitably rewarded, the DGP said.

Odisha Police has developed a well-organised system for recording feedback from citizens who come to police station for various works. While a state-level call centre has been established at SCRB here which is working as the nodal agency for implementing “Mo Sarkar” initiative, call centres have also been set up in all the districts, Ranges and Police Commissionerate of Bhubaneswar-Cuttack, an official said.

Call centre dashboard generates a randomized list of cases including FIRs, petitions and services in which feedback can be taken using mobile number of the complainant or petitioner, the official said. A questionnaire on indicators namely timeliness, effectiveness, language use, acknowledgement, contact information, follow-up information, courtesy and integrity is being used for collection of feedback, the official said.

“This structured questionnaire is being used to givescores on a scale of one to five on all the eight parameters that is then used to assess the conduct of the concerned officer in a given situation,” he added.