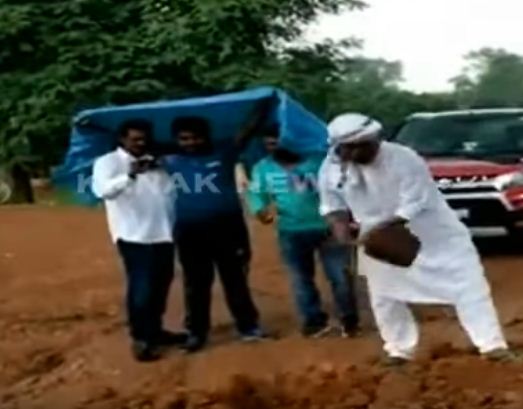 Nabarangpur: While legislators are often criticised by public for allegedly not paying attention towards their issues after conclusion of elections, Dabugam MLA Manohar Randhari has proved the notion wrong as the BJD leader was seen repairing a village road himself holding a spade yesterday.

The MLA was on his way to distribute raincoats among women farmers of his constituency when his car was unable to move further due to poor road condition in Maidalpur panchayat of Papadahandi block in the district.

Randhari then alighted from the vehicle and levelled the muddy road by putting morrum on the portion of the non-commutable road using a spade. The MLA’s act has been widely appreciated by residents of the area.