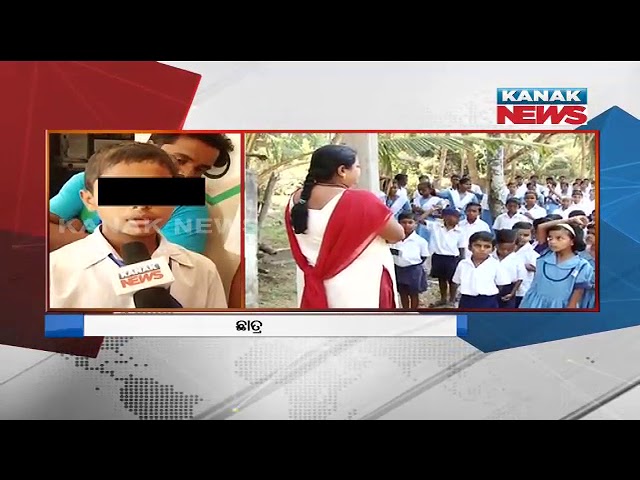 Puri: Even as the punishment is prohibited in schools, a woman teacher cut hair of the students for not obeying her directive.

The incident was reported from government Kapoteswar Upgraded High School at Raghurajpur village in Puri district.

According to reports, a Physical Education Teacher (PET) cut hair of 10 students, who were asked to come to school with haircut, with razor out of anger for not obeying her repeated order.

“The teacher forcibly cut my hair along with other students with a razor after I failed to take her order,” said a student.

“I had cut my hair 12 days ago. When I came to school yesterday, our teacher said me that your hair will be cut right now as it has become longer. I told her that I had cut my hair recently and my father has told me to keep the length of hair this much long. However, she did not listen to me and cut my hair,” another student said.

The incident occurred during sports period of the school time table on Tuesday when the PET Shyamalina Dash cut hair of 10 students with a razor one after another.

A day after the incident, the irate parents and guardians of the students expressed outrage over the forcible haircut of their children at the school and demanded apology from the teacher and her transfer.