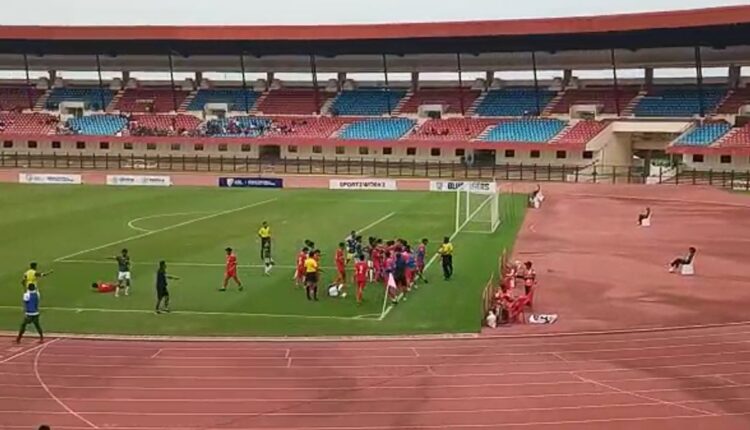 Bhubaneswar: Unruly scenes marked an international football match between Nepal and Bangladesh at the Kalinga Stadium in Odisha capital today as an intense scuffle erupted between the players of the two teams.

The unfortunate incident took place during the match of South Asian Football Federation (SAFF) U-20 Championship.

Players of both teams were seen shoving each other as a brawl ensued on the field. A player was seen lying on the ground and seemingly reeling in pain.

Later, the match referee showed red card to one player from each team for the unruly behaviour.