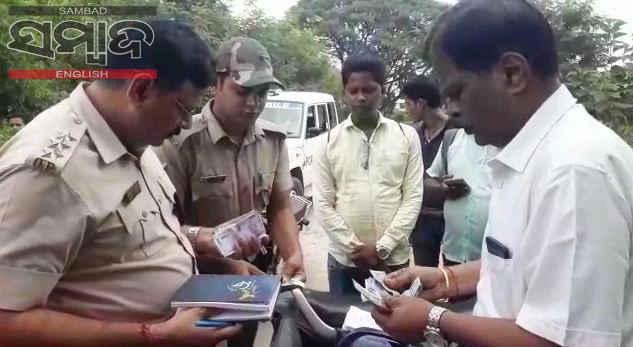 Acting on a tip-off, the police official engaged a person to conversate with the accused, identified as Muralidhar Rout, who demanded Rs 3,000 for providing driving licence (DL). In the meantime, the SP, who was present near the spot posing as a civilian, nabbed the middleman.

The accused was latter arrested. Cops have seized around Rs 50,000 and several documents from his possession.