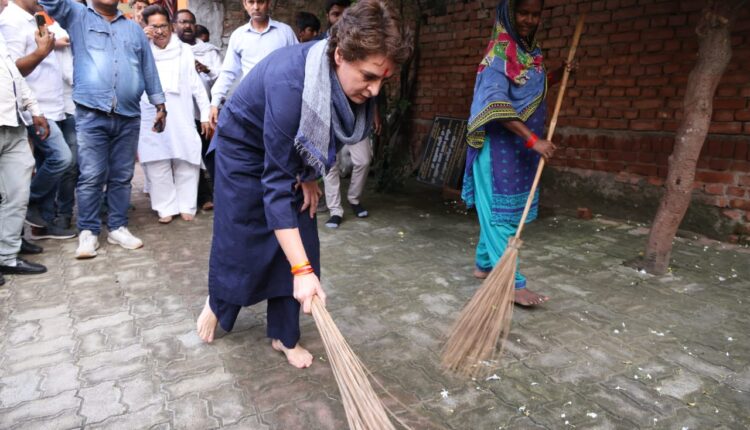 She picked up a broom and swept the area to express solidarity with the local people.

“This is a sign of self-respect and simplicity. Crores of women clean their houses with a broom every day,” she said.

Priyanka Gandhi was apparently responding to Uttar Pradesh Chief Minister Yogi Adityanath who had taken a dig at her sweeping the floor while she was in custody on Sitapur, earlier this week.

Adityanath, at a news conclave in Gorakhpur, when asked about Priyanka Gandhi sweeping the floor, had said: “Maybe she is good at only that.”