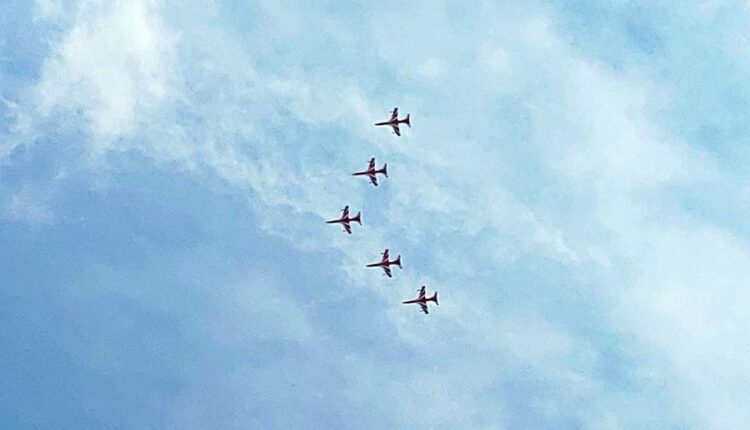 The pilots displayed breathtaking maneuvers while various formations by the aircrafts were a treat to watch for the spectators.

Denizens of the city were delighted to watch the aircrafts buzzing the atmosphere as those flew above them.

The Suryakiran Aerobatic Team is all set to enthrall the residents of Bhubaneswar tomorrow (September 16) with the air show over Kuakhai river bank at the Balijatra ground here.

The show is scheduled to commence at around 9.30 AM-10 AM and continue for about 20 minutes.

Elaborate security arrangements have been made by the Twin City Commissionerate police for the air show.

Similar air show will also be conducted over Raj Bhawan in Puri on September 18.