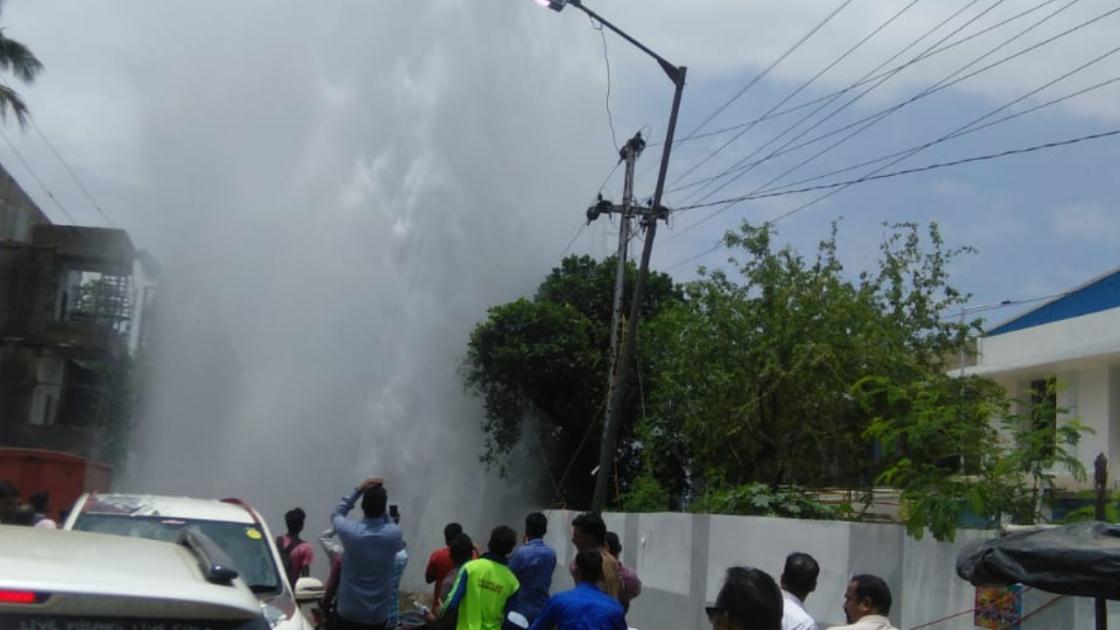 Bhubaneswar: Portion of an underground water pipeline burst in Mancheswar area of Odisha capital today with water gushing as high as 40 feet.

The incident, which took place around 12.20 pm, left the residents panic-stricken due to presence of 11 KV electric wires near the spot.

The nearby road was inundated soon, which caused inconvenience for commuters. However, many were seen taking selfies and clicking photos of the phenomena as it created an illusive scene of fountain.

Weather alert: Thundershower likely in 6 Odisha districts till this evening