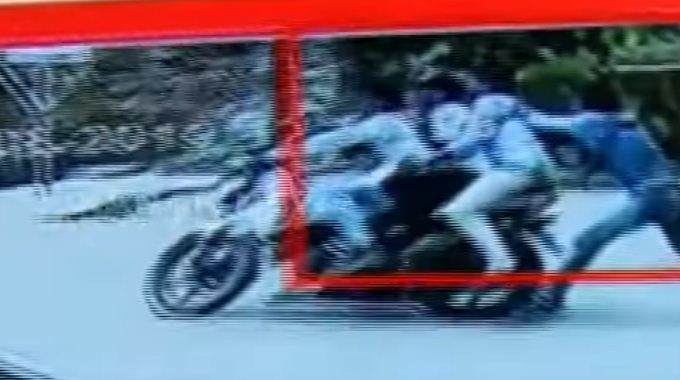 Bhubaneswar: A youth chased three bike-borne miscreants and nabbed two of them who allegedly looted his mother in Odisha capital today.

According to reports, Subrat Ojha and his mother Manorama Ojha were travelling in an auto-rickshaw on Canal Road in Bomikhal area under Mancheswar police limits in the city.

The looters snatched away a gold chain from the neck of the woman and tried to flee the spot on a motorcycle. Son of the victim immediately alighted from the three-wheeler and chased the trio.

Miscreants lock up elderly couple in room in Odisha capital,…

Moments later, he nabbed the wrongdoers following which they fell from the two-wheeler. However, one of them managed to escape.

Locals soon gathered at the spot and thrashed the looters black and blue. The two were later handed over to police. The entire episode was captured on CCTV cameras.

Couple looted of gold ornaments at gunpoint in Odisha…