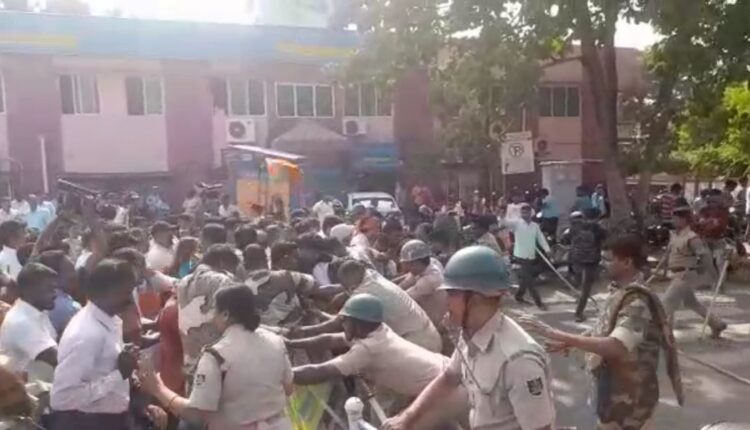 Many workers of the saffron party were later taken into preventive custody by the police.

Earlier in the day, the workers led by party leaders took out a march from the BJP’s State Headquarters here and headed towards Naveen Niwas holding placards and banners.

They demanded action against those involved in the Archana Nag blackmail case and death of Zilla Parishad member Dharmendra Sahoo.

As hundreds of BJP workers headed towards the CM’s residence to gherao it, they were intercepted by police at Sishu Bhawan Square here, during which they scuffled with the cops.

Some of them tried to scale the barricades but were stopped by police.

“Several BJD leaders are involved in cases of sexual harassment. We had drawn the attention of the Chief Minister towards the matter, multiple times. However, the CM is still silent on it,” said BJP leader Prithviraj Harichandan.

Patnaik asks officials to take Odisha vigilance to next level