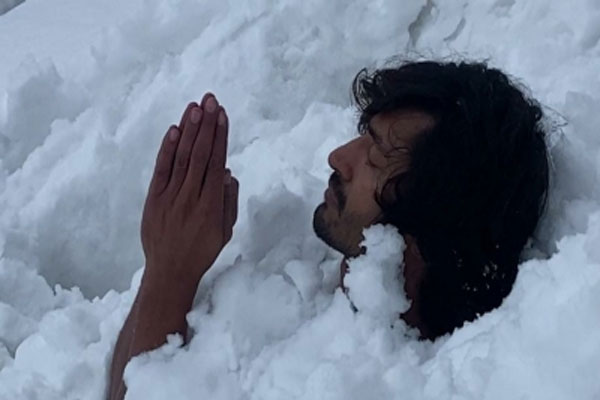 Mumbai: ‘Khuda Haafiz’ actor Vidyut Jammwal, who is also a Kalaripayattu specialist, stuntman and action choreographer, has shared a video of him in the Himalayas. The video showcases him performing a series of kriyas to control breathing.

The actor was seen coming out of the snow with bruises on his shoulders from the piercing cold. When asked why he did it, he shared: “Every martial artist has to hit different levels of physical abilities and this kind of meditation is his way unlocking a whole new zone.”

On the work front, his upcoming film ‘Khuda Haafiz: Chapter II -Agni Pariksha’ will hit the theatres on July 8. His other projects also includes ‘IB 71’ and ‘Sher Singh Raana’.