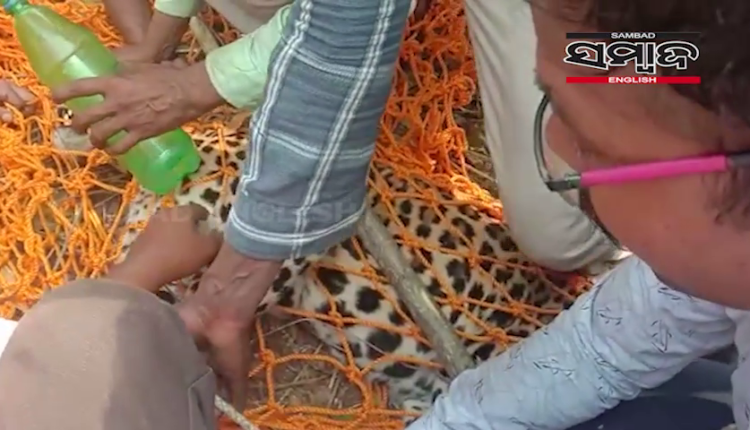 Ganjam: Residents of Naguda village under Buguda forest division in Ganjam district were taken aback today morning when they discovered a leopard in a trap laid for wild boars. The big cat’s roar echoed in the area creating panic among the villagers. The incident occurred today morning.

A local said in his life time he had never seen such a big tiger caught in a trap near his village. The big cat’s presence has created panic among the villagers.

Hundreds of villagers gathered at the spot to get a close view of the leopard caught near the village.

After being informed, the Forest personnel reached the spot and rescued the leopard. Later the big cat was released into the forest.