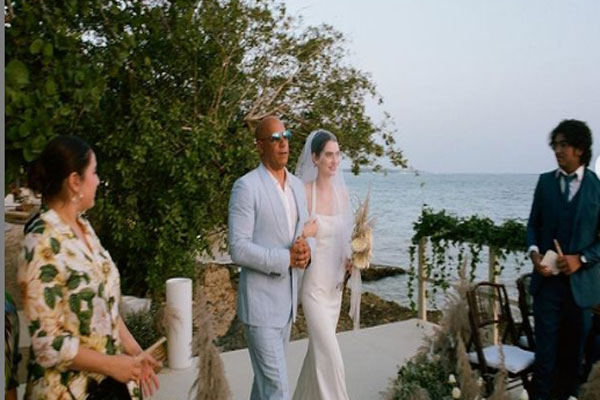 A 22-year-old Meadow married her fiance Louis Thornton-Allan in a private ceremony in the Dominican Republic. She shared photographs and a video from her wedding ceremony on her social media profiles. In one of the photographs, Vin Diesel, who was late Paul Walker’s friend and co-star from the ‘Fast and Furious’ franchise and Meadow’s godfather, was seen walking her down the aisle.

Apart from Vin, some other stars from the Fast and Furious saga were also seen in Meadow’s wedding ceremony.

“We’re married,” Meadow captioned the video from her wedding that she shared on Instagram.

Here are some other photographs from the ceremony: