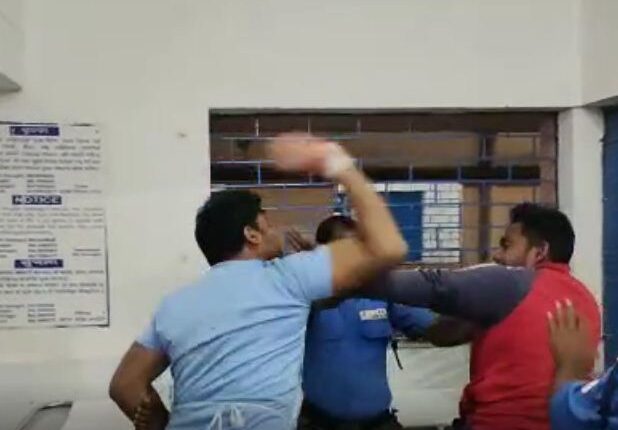 Bhawanipatna: A doctor allegedly thrashed a patient at the Dharmagarh sub-divisional hospital in Odisha’s Kalahandi district last evening while a video of the incident has gone viral on various social media platforms.

According to reports, a person came to the healthcare facility yesterday and complained of stomachache. As the concerned doctor was not available, he waited for a while.

He also asked the security guard as to why the doctor was not present. Moments later, doctor Shailesh Kumar Dora reached the spot and started thrashing the patient accusing him of creating ruckus at the hospital.

The doctor and the patient have lodged a complaint against each other at the police station.