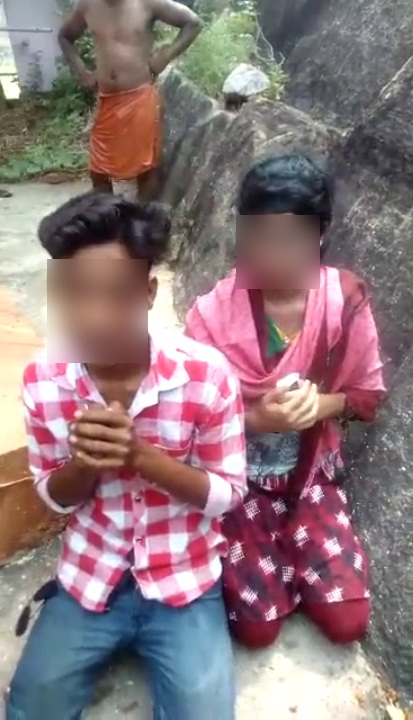 Nayagarh: Another video shot in Nayagarh district hit media headlines recently not for its vulgarity, rather showing punishment to a young couple by youths on a temple premises.

A video featuring two love birds being assaulted and misbehaved by five to six youths at a temple campus went viral on social media.

The incident was reported at Raghunath Temple at Balangi bandha sahi in Nayagarh town where the couple were thrashed and misbehaved by some anti-social youths.

In the 1.49 minute video, the couple aged about 18-20 years old are found assaulted by some youths with sticks allegedly for love making.

The youths were using slang language and asking their phone numbers to inform their parents. A youth was seen touching the young girl’s head with ill intention. Even after request by the boy and girl not to repeat mistake, the youths did not spare them and continued harassing the duo.

The youths shot the video that went viral on social media.

However, no action has been taken by the police yet against the youths accused of torturing, assaulting and misbehaving with the couple.