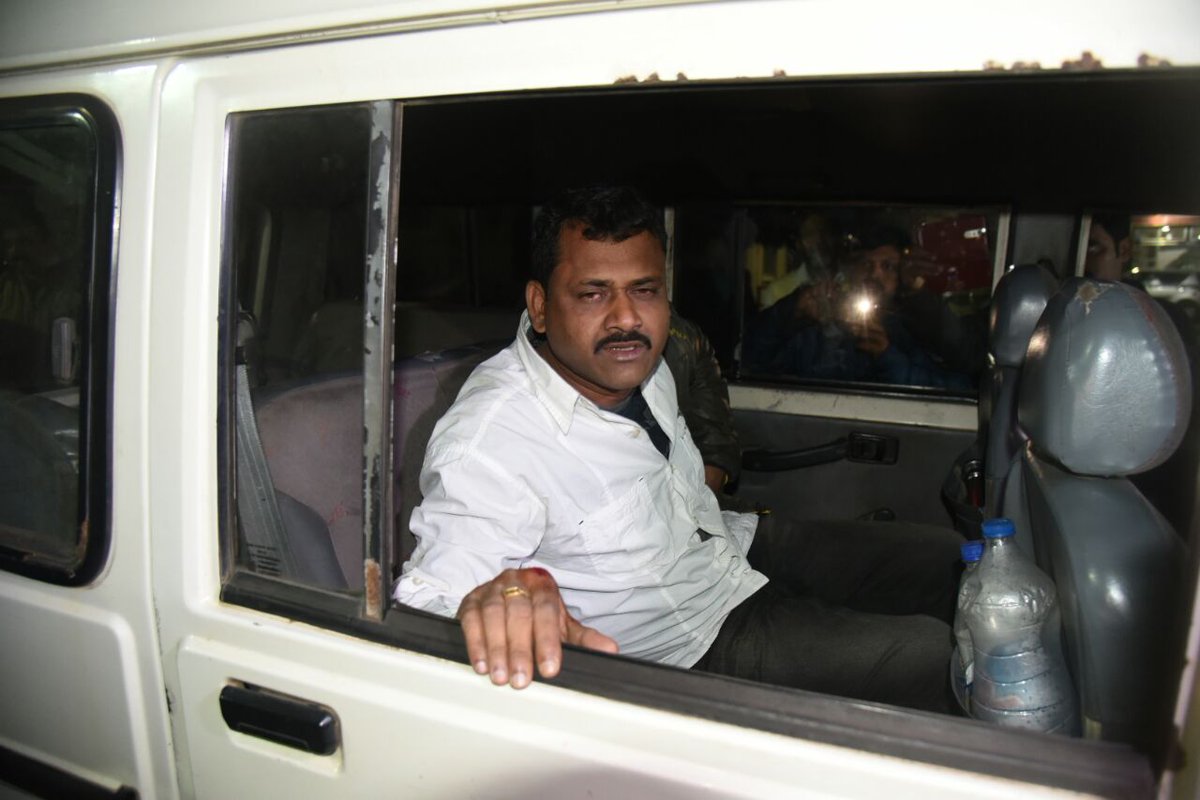 Bhubaneswar: A police officer has been detained today for allegedly thrashing a journalist inside a hospital in Odisha capital.

The cop has been identified as Ramakant Patra, Inspector-in-Charge (IIC) of Talabania police station in Puri.

The entire incident was captured in a video which in no time hit the headlines drawing flak from various quarters.

The video shows the unruly cop kicking and punching the reporter, identified as Subhrakant Padhihary, with shouting at him using slangs.

According to reports, the cop sustained injuries after causing a mishap near Daya river on the outskirts of the city. He was taken to Capital Hospital here for treatment and the reporter went there to cover the news.

When the cameraman who accompanied the reporter started recording, the police officer, irked over this, started shouting and punching the media men.

A complaint has been registered at Capital police station in this regard.