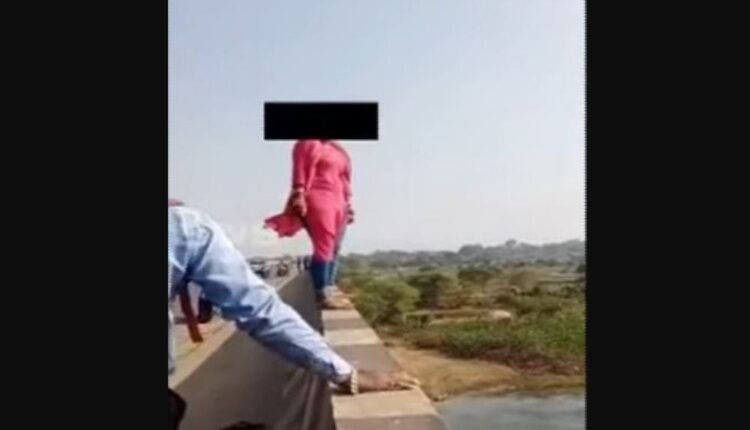 Jajpur: High drama unfolded on Baitarani bridge under Panikoili police limits in Odisha’s Jajpur district yesterday as a woman stood on the parapet and was about to jump into the river from the bridge. However, a certain mishap was averted as a youth saved her from jumping into the water body.

Two sisters go missing after ‘jumping’ into river in Odisha

According to reports, the newly married woman hailing from Khantapada area in Balasore district climbed the parapet of the bridge and was about to jump into the river when some passersby persuaded her not to do so.

She stood on the parapet for around 5 minutes during which the passersby were continuously convincing her not to take the extreme step. Later, a youth grabbed her hand and made her come down.

The woman was then handed over to the Panikoili police. The reason behind the step by the woman was yet to be ascertained.