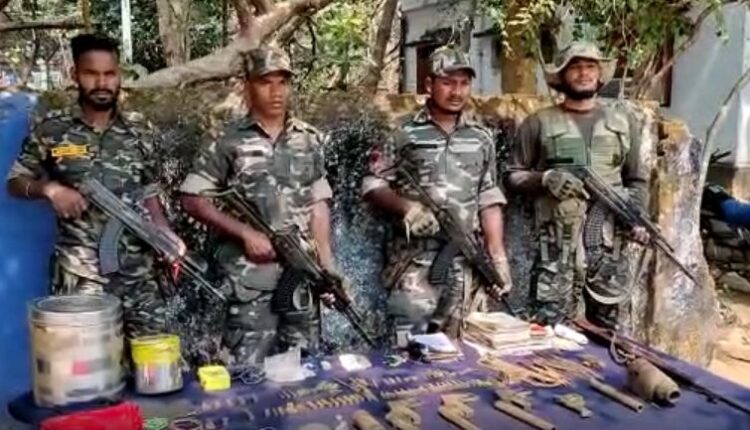 Malkangiri: Ahead of panchayat polls in Chitrakonda region, security forces today unearthed and seized weapons and explosives which were buried in Nadamanajeri forest under Jantri panchayat in Swabhiman Anchal of Malkangiri district.

It is suspected that the weapons and explosives were buried by Maoists with an intention to target the security forces.

According to reports, during a joint operation by the SOG, BSF and DVF in the area, the jawans traced the weapons and explosives, including five guns, tiffin bombs, an IED, 2 detonators, electric wires, and substances used for manufacturing landmines.

The seizure took place when the local police had gone to the area to maintain law and order in view of the elections.

Search operation has been intensified in the area after the incident to avoid any untoward incident. Panchayat polls are scheduled to be held in the Swabhiman Anchal on February 24.