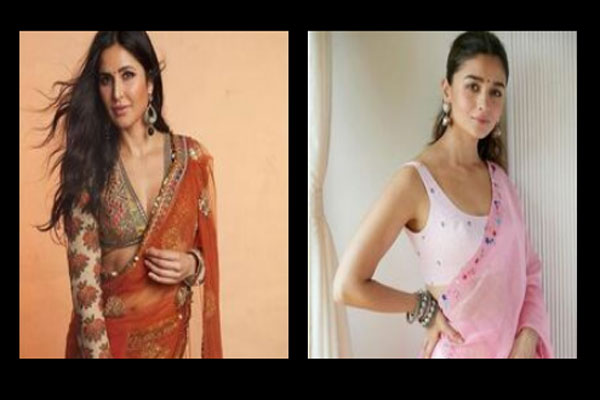 Bhubaneswar/Mumbai: Is it really happening? Talks about Bollywood’s ‘December wedding’ of much-loved couple Ranbir Kapoor-Alia Bhatt and rumoured couple Katrina Kaif -Vicky Kaushal are all over the place and fans are gushing over it.

Recently, media reports suggested that Katrina and Vicky have decided to get married in December 2021 and are going to select their wedding outfits from Sabyasachi Mukherjee’s creations. A source was quoted by ETimes report saying that the couple’s wedding outfits are being designed by Sabyasachi and currently they are choosing fabrics for the same.

Elsewhere, deccanchronicle.com reported yesterday that lovebirds Ranbir and Alia are rumoured to be planning on getting married this December and that’s why the couple has emptied their date diaries after Brahmanstra’s shooting.

Much as the talks about both the B-Town couples’ weddings have leveled up the celebratory spirits of fans, no official confirmations have been given away by actors.

Earlier, there were rumours about Vicky and Katrina’s secret Roka ceremony. Katrina’s team and Vicky had both rubbished the same.

On the other hand, Ranbir and Alia’s trip to Jodhpur in September was also rumoured to be a trip to select their wedding venue. However, it was later confirmed that the couple was on a vacation to celebrate Ranbir’s birthday.