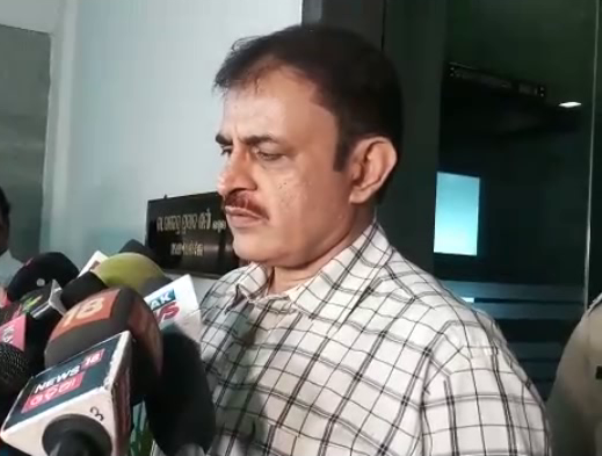 Bhubaneswar: In ongoing probe into the most sensational wedding gift blast that claimed two innocent lives at Patnagarh in Odisha’s Balangir district, police will take help of Israeli counterpart to retrieve data.

“Since the latest technology used for retrieving the data is not available in Odisha, we are planning to approach Israel if required, to retrieve the data and documents used for committing the crime,” said Odisha DGP Dr RP Sharma here today.

“We are planning to send the electronic gadgets seized during the investigation to the Central Forensic Science Laboratory and Cyber Crime laboratory at Hyderabad and Gandhi Nagar to retrieve the deleted data,” he told the reporters.

Three teams of Crime Branch are investigating the case in different locations. One team has left for Raipur to collect more evidence and verify the information, DGP added.

The Crime Branch cracked the case last week revealing how the mastermind Punjilal executed the crime.

Punjilal, an English lecturer of Jyoti Vikash Junior College at Bhainsa in Balangir district, had masterminded, planned and executed the crime single-handedly. He operated everything very meticulously without leaving any clues behind. He made the bomb himself, carried it in the shape of a parcel and booked it at a courier company near Raipur railway station.

He had gathered gunpowder during last year’s Diwali and prepared a crude bomb using it. For executing his plans, he went to Raipur by a train with the bomb wrapping it as a gift and couriered it, said Crime Branch IG Arun Bothra at a press conference in Balangir last week.

Moreover, he didn’t purchase a ticket for his journey in a bid to eliminate the chance of getting caught on CCTV camera while buying ticket from counter, he said.

Revealing about the clue that the police found, Bothra said that Punjilal had posted a letter to the Balangir SP as an anonymous sender with an intention of misleading the investigators in the investigation process. In the letter, Punjilal had mentioned that the bomb blast was a fallout of love affair.

During probe, the cops detected a deleted file from Punjilal’s pen drive. It came to fore that the file was that of the letter which Punjilal had typed in his laptop and later sent it to the SP after taking out a printout of the same from a nearby shop.

The entire conspiracy was made by Punjilal out of vendetta. Reports said that Punjilal, who was Principal of the college, was replaced by the deceased Soumya Sekhar’s mother Sanjukta Sahoo. Out of professional rivalry, he wanted to eliminate the family of Sanjukta.

Bus conductor thrashed for misbehaving with college girl in Odisha