There is a presence of associated cyclonic circulation extending up to 5.8 km above the mean sea level, the Regional MeT Centre here said.

Under its influence, many parts of the state received heavy rainfall in the last 24 hours. Biramaharajpur in Sonepur district received highest amount of rainfall (202 mm) followed by Boudhgarh and Khantamal in Boudh district with 177 mm and 159.2 mm rainfall, respectively.

Odisha may experience heavy rainfall in next few days under the influence of  the well marked low pressure, the weathermen added. 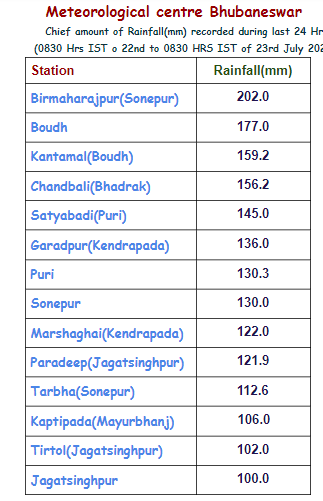 ICSE Class 10, ISC Class 12 results to be out tomorrow; here’s how to check scores