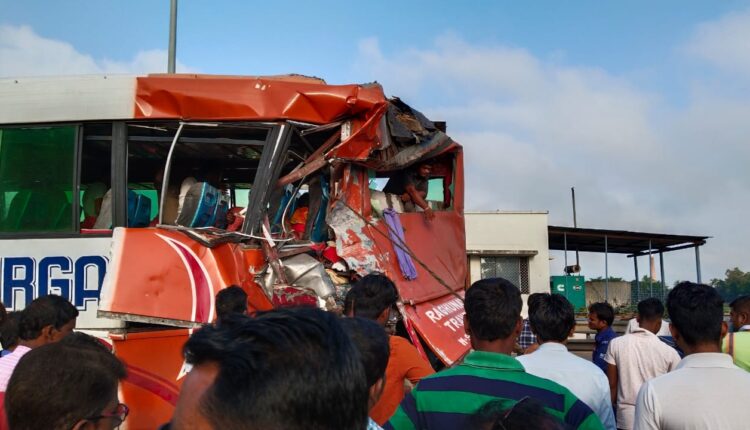 Jaleswar: More than 20 passengers were injured after a container truck hit a West Bengal-registered pilgrim bus near Laxmannath Toll Plaza on the NH-60 here in Balasore district today.

The driver and helper of the container truck were also injured in the mishap. The injured passengers have been admitted to the G.K Bhattar Hospital in Jaleswar for treatment.

According to reports, a private bus (WB537759) carrying over 50 pilgrims en route to Puri from Murarai area in West Bengal was hit by a speeding container truck (OD02AS0569) from behind near the Laxmannath Toll Plaza on the NH-60 under Jaleswar police limits at around 6 am today.

Sources said that three passengers including an elderly person were stuck inside the bus for long hours following the incident. They were rescued by help of locals and police officials.