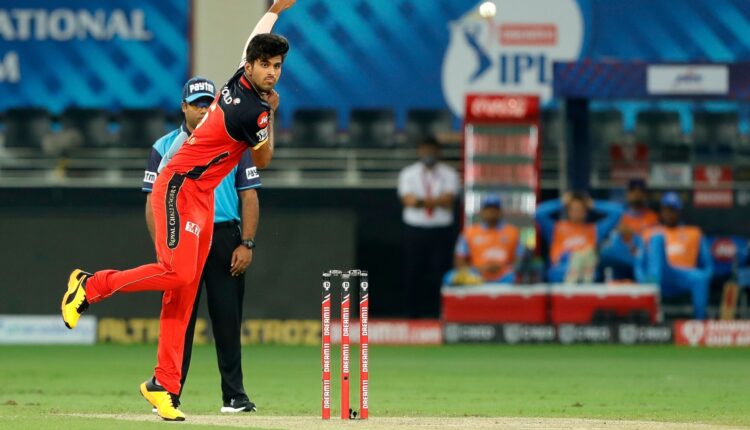 New Delhi: Royal Challengers Bangalore (RCB) on Monday confirmed that all-rounder Washington Sundar has been ruled out of the remainder of the Indian Premier League (IPL) season, starting September 19, due to a finger injury he picked up in England. In a statement, RCB also named a replacement in the form of Bengal cricketer Akash Deep.

Sundar suffered an injury on the finger of his right hand when he was hit by a sharp lifter from Mohammed Siraj in the practice game between County Select XI and the Indians. He was subsequently taken for an X-ray and the result confirmed a fracture.

“Royal Challengers Bangalore’s all-rounder Washington Sundar has been ruled out of the remainder of the Vivo IPL 2021 due to a finger injury. Akash Deep, a state cricketer from Bengal and net bowler with the franchise has been named as replacement,” the statement read.

“The move reiterates the focus RCB has on grooming and nurturing young players as the team continues to develop exceptional talents and create a pathway for young talents to find their way into IPL and Indian Cricket,” the statement added.

Sundar has played 42 matches in the IPL, picking up 27 wickets at an impressive economy rate of a little over 6. Sundar began his IPL career with Rising Pune Supergiant before he went to RCB in IPL 2018. RCB bought the all-rounder back in IPL 2021 auction for a price of Rs 3.2 crore.

RCB start their campaign against the Kolkata Knight Riders on September 20.