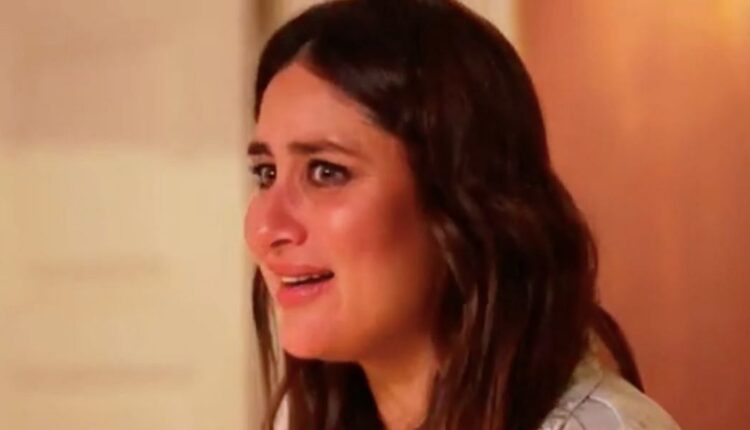 New Delhi: All of us know how foodie Kareena Kapoor Khan is. But at the same time, she is a fitness enthusiast as well.

On Sunday, the actress received an ‘insane’ meal sent by none other than Baahubali fame Prabhas. The south superstar, who co-stars with Kareena’s husband Saif Ali Khan in the upcoming movie ‘Adipurush’, sent delicious Hyderabadi Biryani for the couple yesterday. To thank him, Kareena Kapoor took to her Instagram profile and shared a picture of the delicious spread.

“When Baahubali sends you Biryani, it’s gotta be the best,” she captioned it tagging Prabhas. She also added a thank you note, “Thank you, Prabhas, for this insane meal.”

Here’s a glimpse of the ‘insane’ meal that Kareena Kapoor & Saif Ali Khan were served: 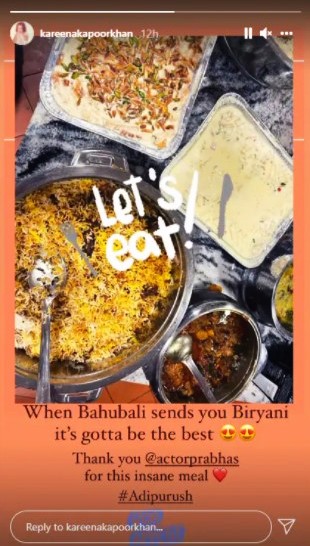 Recently, Kareena Kapoor announced her debut project as a producer, an untitled film with Hansal Mehta. In terms of films, Kareena will next be seen opposite Aamir Khan in Laal Singh Chaddha, the shooting of which she wrapped in her early pregnancy months.