When Facebook chief changed his profile picture for PM Modi 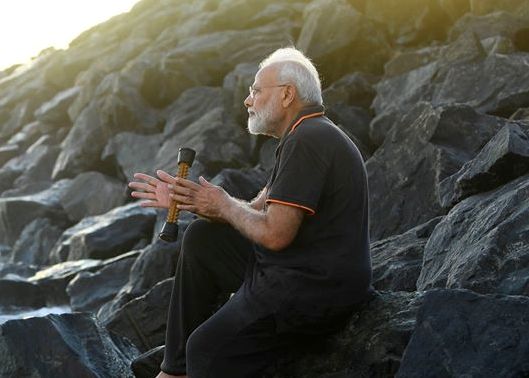 New Delhi: For a leader seen as one of the most active politicians on social media, Prime Minister Narendra Modi on Monday dropped a bomb when he claimed that he was thinking of “giving up social media”.

Modi’s reach through social media to Indians in the country and abroad has is known to all. In fact such was his popularity amongst social media users that Facebook CEO, Mark Zuckerberg not only hosted him at the company’s headquarters but also changed his profile picture in support of the Modi government’s flagship “Digital India” programme.

It was in September 2015, that Zuckerberg invited Modi, then on an official visit to the US, for a town-hall meeting at Facebook headquarters in California.

Minutes ahead of his interaction with Modi, Zuckerberg changed his profile picture to support ‘Digital India’. Within minutes, Modi too changed his picture to thank him.”I changed my profile picture to support Digital India, the Indian government’s effort to connect rural communities to the internet and give people access to more services online. Looking forward to discussing this with Prime Minister Narendra Modi at Facebook today,” posted Zuckerberg on Facebook.

Zuckerberg’s new picture showed his side profile overlaid with the saffron, white and green colours of the Indian flag. It was during this event that PM Modi expressed his love for social media, saying: “I did not have the privilege to become a very educated person growing up. My world would revolve around a few words. But social media has filled the gap for me.”

Modi’s influence on social media also became evident during the event when Facebook received over 40,000 questions for the town hall after the Facebook chief had announced the Indian Prime Minister’s visit on his page and invited users to post questions.

Tens of thousands of comments were made in reply, with questions on internet expansion in India, unemployment and also Modi’s human rights record.