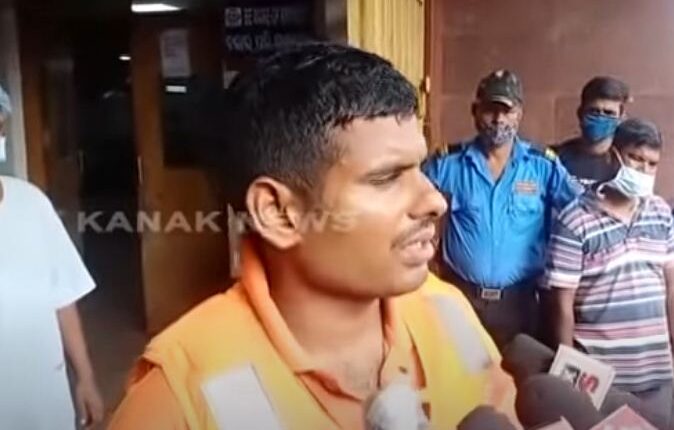 Cuttack: The ODRAF boat tragedy in Mahanadi river here today claimed the life of OTV journalist Arindam Das as a pall of gloom descended on the media fraternity.

An ODRAF personnel who was rescued from the river narrated the horrific experience after the capsizing of the boat.

“The whirlpool sucked the boat we were using to rescue the elephant. As the boat capsized, we tried to restore its position, but in vain as the water current was very strong,” he said.

“As the boat got sucked into the whirlpool, the motor stopped working. We tried to come out of the whirlpool but it was tough. Luckily, I got rescued,” he added.

The Odisha Police has initiated an investigation into the ODRAF boat tragedy. The investigation was being carried out by RK Sharma, ADG, Law & Order. The circumstances under which the journalist was allowed to board the boat will be brought under the purview of the probe.

Notably, Das and cameraman Pravat Sinha, who accompanied an ODRAF team on a boat during an operation to rescue an elephant stuck in Mahanadi river near Mundali barrage here, were rescued after the boat capsized due to strong current.

Das and Sinha were rushed to the SCB Medical College and Hospital, where doctor declared Das dead.

Till last reports came in, Sinha was undergoing treatment in the ICU.

The operation was launched after the elephant was spotted in deep water near the barriage, this morning. The tusker was reportedly swept away while crossing Mahanadi river at Athagarh in the wee hours.