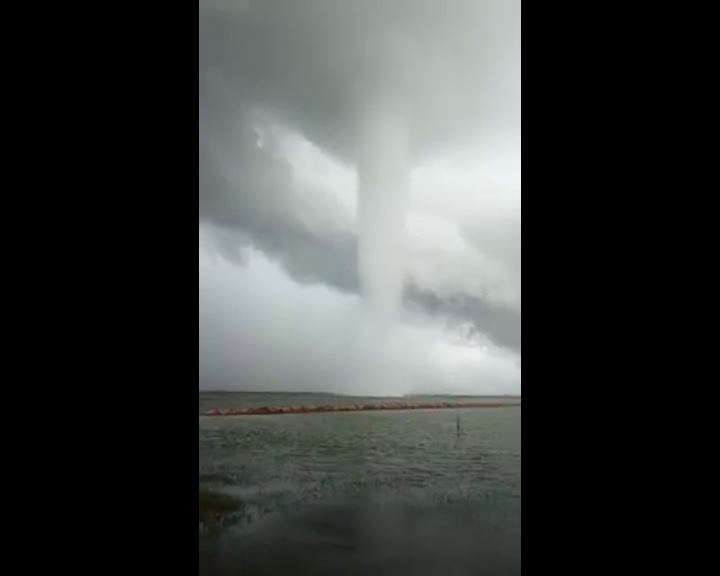 A video of the whirlwind activity, captured by local, showed the lake water accompanied with strong wind moving in a swirling motion up into the air.

Though no major loss has been reported due to the tornado, three asbestos- houses have completely been damaged in the the village. Besides, a few thatched houses in the nearby locality have also been damaged.

International flights from Bhubaneswar to Dubai, Colombo on cards