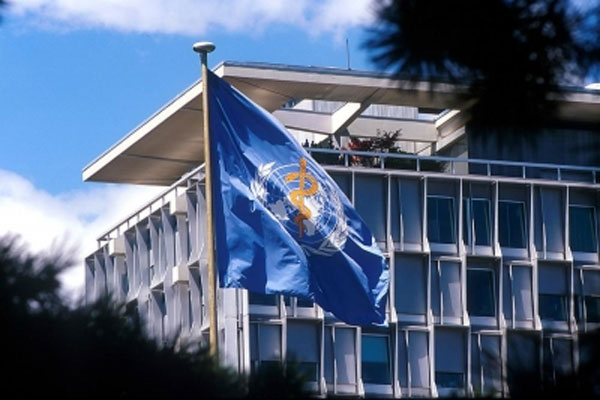 New Delhi: The World Health Organisation (WHO) is considering changing the name of the monkeypox virus to tackle the stigma and racism associated with it.

The organisation is “working with partners and experts from around the world on changing the name of monkeypox virus, its clades and the disease it causes,” said Tedros Adhanom Ghebreyesus, the WHO’s Director General on Tuesday.

He added the WHO will make announcements about the new names as soon as possible.

However, the actual animal source of the monkeypox virus, which has been found in a wide variety of mammals, remains unknown to date.

The WHO aims to consult experts in orthopoxviruses on more appropriate names.

The move comes after about 30 scientists from 11 countries in a preprint posted on virological.org last week pushed the need to cut “discriminatory” language used to differentiate monkeypox virus clades “West Africa and Congo Basin” and also advocated renaming the virus with numbers.

“We propose a novel non-discriminatory and non-stigmatising classification of monkeypox aligned with best practices in the naming infectious diseases to minimise negative impacts on nations, economies and people and consider the evolution and spread of the virus,” Tulio de Oliveira, Director at Centre for Epidemic Response and Innovation (CERI) in South Africa, shared in a tweet.

In the paper, the scientist suggested classifying the virus broadly as “hMPXV” with its diversity denoted by neutral lineages such as A, A.1, A.1.1, B.1.

This is not the first time that viruses with geographic naming of viruses and diseases have been renamed.

Earlier during the coronavirus pandemic, people around the world referred to the Covid virus as the China or Wuhan virus, and again the emergence of a Covid strain in South Africa led to travel bans, prompting the WHO to quickly rename SARS-CoV-2.

According to the global health body, monkeypox has so far affected 2,821 people in both endemic and non-endemic countries.

As of June 8, the WHO reported 1,285 monkeypox cases in 28 ‘non-endemic’ countries, particularly in Europe, North America, and Australia.

About eight African countries, including Cameroon, Central African Republic, Congo and Liberia, where monkeypox is endemic, have reported 1,536 suspected cases and 59 confirmed cases.

While no deaths have been reported to date from the non-endemic countries, the endemic African countries have recorded 72 deaths from monkeypox from January till June 8.

Meanwhile, the WHO has also convened a meeting on June 23 to assess whether the current monkeypox outbreak outside of the traditional endemic areas in Africa has already turned into a public health emergency of international concern (PHEIC).

Ghebreyesus said it is high time to step up the response because the virus is behaving unusually and the agency does not “want to wait until the situation gets out of control”.

“The global outbreak of monkeypox is clearly unusual and concerning,” Ghebreyesus said at a press briefing.

“It is for that reason that I have decided to convene the (WHO) Emergency Committee under the International Health Regulations next week to assess whether this outbreak represents a public health emergency of international concern,” he added.