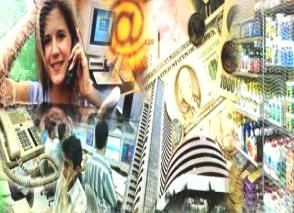 This sounds illogical and ridiculous. Dwight D Eisenhower, an American army general who served as the 34th president of the United States from 1953 to 1961, once said, “The search for a scapegoat is the easiest of all hunting expeditions.” But now God has been made a scapegoat by the Finance minister for India’s crumbling, tumbling, and plummeting economy.

If failure is attributed to the actions of God, why any success or achievement is not attributed to God. Why does the government indulge in publicity blitzkrieg, gimmicks, and camouflage failures, hoodwink masses, and evokes the emotion of people for political dividends? If failures even any natural calamity will be ascribed to “Act of God”, then what for government is? What is the role of the state?
Why are there legislature, executives, bureaucracy, and judiciary? The government has got basic responsibilities in ensuring the wellbeing of its citizens and protecting them from any cataclysm like COVID-19. Attributing failures to an “Act of God” does not absolve a government from its basic responsibility and commitment to its citizens.

After the fallacious statement of Finance minister, chief Economic Advisor Krishnamurthy Subramanian in an article titled “On economy follow the evidence” published in Indian Express defends the contraction of the economy by attributing it to the pandemic.

While calculating GDP, the informal sector has not been properly encompassed. According to former Chief Statistician Pronab Sen, contraction may be somewhere around 30 to 32 per cent. Before the end of May, COVID-19 has so far hit India’s economy to the tune of over Rs 30 lakh crore. Now, loss to the Indian economy will be much bigger.

In some methods, if US GDP is calculated, the contraction will be 9.1 per cent. The US does a quarter-on-quarter (QoQ) comparison and then annualizes the figure. GDP for a quarter (April-June 2020) is compared to the quarter before it (January – March 2020). which resulted in an estimated contraction of 32.9 per cent (revised to 31.7 per cent) for the US economy on an annualized basis. If in same method, GDP in India is calculated, the contraction will be 29.28 per cent as GDP value was Rs 38.04 lakh crore in January -March-2020.

Apart from the global financial crisis, India had also experienced a currency crisis in 2013 marked by a rapid fall in the value of the rupee caused by persistent inflation of the past few years and the high current account deficit (CAD) of about $85 billion (4.5 per cent of GDP). But average growth achieved in UPA-I was 8.86 per cent and 7.39 per cent in UPA-II. In Modi-1.0, the growth rate achieved is 7.16 per cent and will further plummet in Modi-2.0 regime.
In reality, the recent economic crisis is the government’s own making. A mix of cronyism, ineptness, and nonchalance had destroyed the livelihoods and lives of people well before the pandemic afflicting the Indian economy. Blaming exogenous factors (pandemic) is merely an excuse and eyewash to divert the attention of people from the government’s ineptitude, failure, and foil significant debate.

Actually, the economy has been shattered and ravaged by economic misadventures such as harsh demonetization, defective GST, and some extraneous decision like dismantling the planning commission, indulging statue politics, triggering the Nehru vs Patel debate, giving priority to emotional issues, blaming predecessors, camouflaging failures by comparing with worse of the previous regimes or that of other countries while ignoring economic issues like poverty, hunger, unemployment, inequality especially living standards of people.

The pandemic and subsequent stringent, poorly planned lockdown has just exacerbated the already beleaguered economy. The pandemic has also exposed our broken system and how the Indian economy is brittle, ramshackle, and feeble and susceptible to any internal as well as external shocks.

According to figures released by the Automotive Component Manufacturers Association of India (ACMA), the turnover of the automotive component industry in India stood at Rs 3.49 lakh crore. This is a de-growth of 11.7 per cent during 2019-20 as compared to the previous financial year. The tax –GDP ratio (one of the lowest in the world) has declined from 11.72 per cent in 2017-18 to 10 years low of 9.8 per cent.

Total employment in India dwindled by 9 million between 2011-12 and 2017-18, a first in the country’s history, as per a paper published by Azim Premji University rural poverty increasing with 30 million people falling below India’s official poverty line and joined the ranks of the poor over the past six years. According to an analysis by Bengaluru-based Azim Premji University researchers- State of Working India 2019 (SWI 2019) report -five million men lost their jobs between 2016 and 2018 due to demonetization.

The external borrowing of India increased from $475 billion in 2014-15 to $543 billion last year. To put it simply, India’s budget is allocating more revenue (or our taxes) on repaying debts and interests than in previous years. This makes less money available for funding education, health, defence, infrastructure.

Not only in 2018-19, in the past few years, the total expenditure as a percentage of GDP declining. Total central government expenditure in 2018-19 was 12.15 per cent of GDP, even lower than the 12.7 per cent registered previous fiscal and 15.82 per cent in 2009. This is abysmal and less than half of many countries when compared with other countries.

The above data clearly justify that economy was on verge of collapse well before coronavirus ravaging the economy. The bitter truth is that the world’s fastest-growing large economy had become now the fastest-shrinking one.