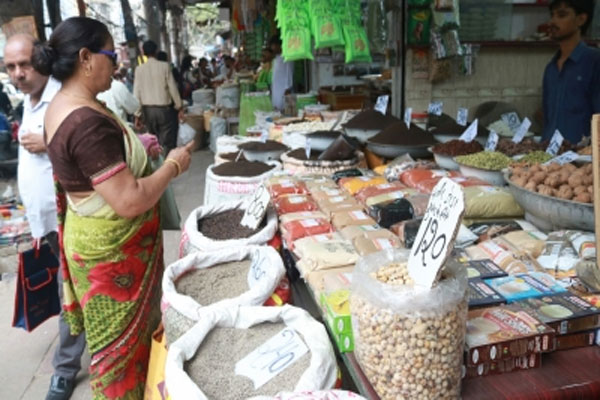 New Delhi: India’s wholesale inflation gauged by the Wholesale Price Index, with base year as 2011-12, rose to a record high of 15.88 per cent in May 2022 from 15.08 per cent in April, official data revealed on Tuesday.

The wholesale inflation has been in double digit for over a year now.

The high rate of inflation in May is primarily due to rise in prices of mineral oils, crude petroleum and natural gas, food articles, basic metals, non-food articles, chemicals and chemical products and food products as compared to the corresponding month of the previous year, an official statement said.

Provisional figures of Wholesale Price Index (WPI) are released on 14th of every month (or next working day) with a time lag of two weeks of the reference month and compiled with data received from institutional sources and selected manufacturing units across the country.

Besides, India’s retail inflation for the month of May moderated from the previous month and came in at 7.04 per cent, however, it remained above the central bank RBI’s 6 per cent upper tolerance band for a fifth month in a row.

Reserve Bank of India (RBI) Governor Shaktikanta Das, at the latest monetary policy committee review deliberations, categorically said that the country’s retail inflation is likely to stay above the tolerance level till third quarter of FY23 before moderating below 6 per cent.

Das also said that 75 per cent of the increase in inflation projections can be attributed to the food group.