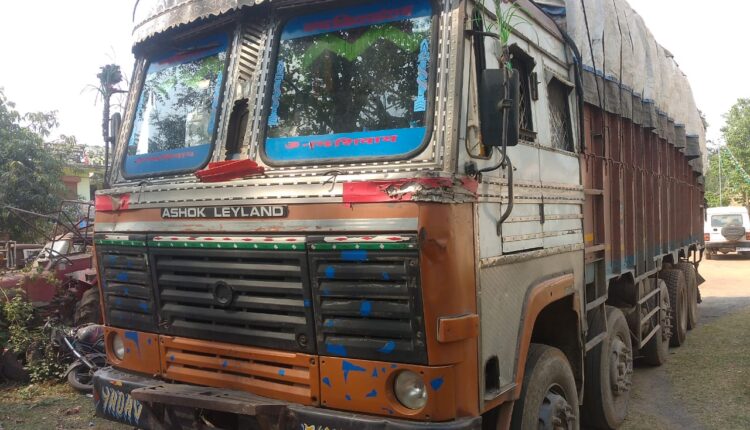 Champua: A whopping Rs 44.64 lakh fine were collected from a truck for illegally transporting pan masala and tobacco items in Champua area of Keonjhar district today.

The Barbil City and Enforcement team questioned the driver of a 14-wheeler truck bearing registration no – NL 01AL 6765 parked near a fuel refilling station at Murusuana out of suspicion on March 24.

The truck driver told the officials the vehicle was loaded with cooking oil packets. When he failed to provide documents substantiating his claims, the officials searched the truck. After 320 packets of pan masala and 32 packets of tobacco were seized, the truck was brought to the Champua police station premises.

After receiving information from the police, the Barbil GST officials scrutinized the consignment documents on March 25. They found the huge quantity of pan masala and tobacco were being transported in the truck while evading GST and other taxes.

A tax official said the Delhi-based owner of the pan masala and tobacco paid Rs 44,64,272 fine online on March 26, following which the vehicle and the items were released.