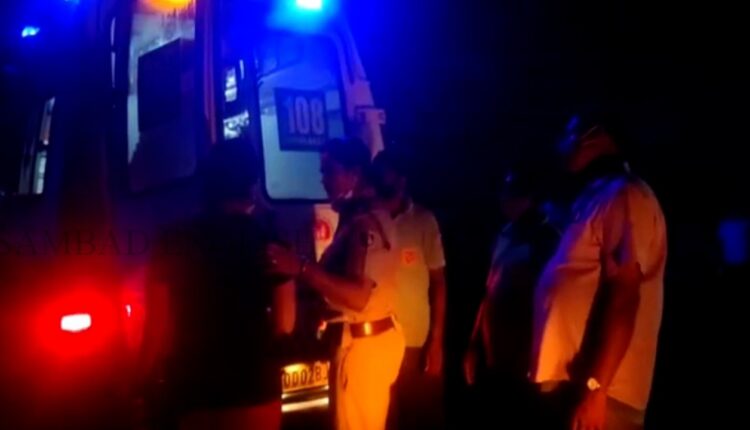 Bhubaneswar/Oupada: Questions have been raised over delay in shifting of critically-injured Paralakhemundi ACF Soumya Ranjan Mohapatra as the government-managed ambulance was stopped midway while he was battling for life.

The role of Gurandi police station officer-in-charge (OIC) Mamata Panda has come under scanner. The woman cop said to be a relative of ACF’s wife Bidyabharati, which has been refuted by the deceased’s mother.

While the Paralakhemundi ACF with critical burn injuries was being shifted to the SCB Hospital in a 108 ambulance, the Gurandi OIC reportedly stopped the emergency vehicle for nearly 45 minutes, for reasons best known to her.

In some quarters, many fail to understand the logic behind shifting critical Paralakhemundi ACF to the SCB Medical College and Hospital in Cuttack instead of admitting to a hospital in Vishakhapatnam which is nearer to Paralakhemundi. By shifting Saumya Ranjan with critical burn injuries to SCB hospital, precious time was lost.

Meanwhile, refusing the charges of halting the ACF’s ambulance for few hours, Paralakhemundi SDPO Ramakrushna Pati said, “Mamata Panda came to the hospital for her personal work. As she is one of the OICs, she only assisted us in the probe. As far as stopping the ambulance is concerned, it is wrong to say the emergency vehicle was held up for long. Mamata only helped Bidyabharati to get some of her clothes, mobile phones and purse and then sent off in the ambulance.”

Earlier in the day, a six-member police team from Paralakhemundi reached Kaptipada and questioned the paternal family members of Bidyabharati at her residence in Gaudagaon. The police team was tight-lipped about the contours of the discussion with her family members.

A video in possession of Sambad English shows Gajapati DFO Sangram Keshari Behera, Gurandi OIC and Bidyabharati’s relative Mamata Panda and senior police officials of Paralakhemundi along with Saumya Ranjan’s wife being present while the Paralakhemundi ACF with critical burn injuries was admitted to the Gajapati District Headquarters Hospital.

When Saumya Ranjan’s condition deteriorated, he was shifted to the SCB hospital in Cuttack in a 108 ambulance and later to the Ashwini Hospital where he succumbed on July 13 morning.

Family members of Saumya Ranjan suspected foul play and alleged the Paralakhemundi ACF was murdered. They accused Saumya Ranjan’s wife, the Gajapati DFO and a cook of killing him.