Why is averting expenditure more important in fencing our coastal edge? 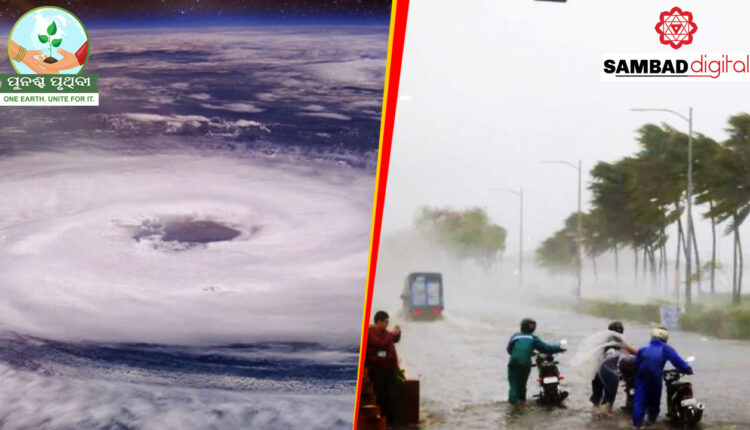 The recently published Sixth Assessment Report (AR-6) by working group (WG-I), Intergovernmental Panel on Climate Change (IPCC) in August 2021 focusing the physical science basis of climate change has again alarmed the policymakers and stakeholders about the frequency and intensity of extreme events like climate induced sea-level-rise, cyclones, and storms. The report states that coastal belts surrounding Arabian Sea and Bay of Bengal will be sub-merged with continued sea level rise throughout the 21st century, impacting coastal ecosystems in form of erosion, shoreline retreat, and flooding in low lying areas. The relative sea level rise in the Asian sub continent will be faster than the global average sea level rise. The sea surface temperature over the Indian Ocean consisting of the Bay of Bengal and Arabian Sea is likely to increase by 10 c to 20 c in face of 1.50 c to 20 c global warming. Moreover, in the Indian Ocean, the sea temperature is increasing at a higher rate in comparison to other areas of the globe, which will intensify the frequency of cyclones.

All these scenarios demand for actions by the government in terms of formulation of climate risk policies, disaster risk management (DRM), their monitoring and evaluation as well. Both action and inaction on the part of policymakers to choose and adopt the appropriate tools and strategies of DRM involve costs and likely expenditure. Any lapse and inactions in the policy process will be a costly affair for all and to coastal regions in particular. Several international researches including Intergovernmental Science Policy Platform on Biodiversity and Ecosystem Services (IPBES) reports loss of economic growth due to loss of ecosystems and their services, adversely impacting the Agenda 2030 and the Sustainable Development Goals (SDGs). Even Odisha Economic Survey confirms losses in nature and ecosystems due to natural calamities which hinder economic growth of the state. Taking this fact in account, policy actions have been taken after the super cyclone, 1999 and expenditures are incurred to reduce and mitigate climate change induced natural disasters like cyclone, storm and sea level rise. Although Odisha has proved itself to be the numero uno in controlling a series of cyclonic disasters in the recent time, setting examples in front of international organizations, but its DRM policies are primarily recognized for its robust evacuation mechanisms, and provision of timely reliefs to the affected masses through incurring current expenditures. We know that by spending on these above means of DRM, increases the current expenditure, has short term impacts only.

It has been found that expenditure on natural disaster relief of India has been continuously increasing from Rs. 8.67 billion in 1991 to Rs. 313.87 billion in 2017. Increased revenue expenditure in DRM, without spending much on capital expenditure, does not have long term benefits, although much needed in the short run. Thus, DRM mechanisms and strategies must emphasize all aspects of disaster management tools, including investment on nature-based solutions that can defend disaster at the coast and avert losses which has long term impacts. Hence, capital expenditure on DRM tools and strategies must be more pronounced on nature-based solutions than only increasing the current expenditure.

As per the OECD framework, DRM expenditure has two components, viz. ex-ante and ex-post expenditures. Ex-ante expenditure includes risk prevention and mitigation, preparedness and emergency response, whereas ex-post expenditure comprises expenditures on rehabilitation and reconstruction. All these actions on the part of the government shows defensive behavior by incurring averting expenditure to reduce and avoid disaster repercussions. The averting expenditure is incurred for two purposes- firstly, to reduce exposure to disaster by spending on relief, rehabilitation, rescue, and resettlement and secondly, to mitigate adverse effects of exposure. Expenditure on the second category has two broad aspects like expenditure on conventional human engineering measures like construction of dykes, sea walls, storm channels and nature-based solutions (NbS) like creating, restoring, conserving and promoting appropriate natural ecosystems of mangroves, wetlands, casuarina and mixed shields to develop resilience and reduce cyclonic and sea-level rise disaster risks.

The International Union for Conservation of Nature (IUCN) World Conservation Congress defined NbS for the first time in 2016, as, ‘actions to protect, sustainably manage and restore natural or modified ecosystem that address societal challenges effectively and adaptively, simultaneously providing human well-being and bio-diversity benefits’. Researchers acknowledge natures’ contribution to people and confirm the potential of mangrove cover and coastal ecosystems of wetland, marshes in combating the losses from cyclonic storms and sea level rise. However, we need to strengthen and update our land use change and forest cover statistics for informed policy decisions in this regard. Coastal forest conservation, mangrove protection and restoration can help to achieve India’s recent commitment to restore 26 million hectares of degraded land by 2030 and create additional carbon sink of 2.5 bn to 3 bn tons carbon dioxide equivalent at the UN ‘High-level dialogue on desertification, land degradation and drought’. This has the co-benefits of creating carbon sink, restoring seascapes and ecosystems, averting the consequences of cyclones and increasing and strengthening local employment and livelihood. The apex body on disaster management United Nations Disaster Risk Reductions (UNDRR) has also recognized the ecosystem-based disaster risk reduction mechanisms for developing resilience. Although the Finance department, Government of Odisha has prepared Climate Budget 2021-22 and has allocated Rs. 3050 crores for disaster management to strengthen its preparedness for any kind of disaster, climate change induced disasters like cyclone and flood are the main calamities. Hence, major share must be spent to develop adaptation, resilience, and mitigation of disaster risks through nature-based solutions involving local communities. Wetland International has been working in this direction in some parts of the Mahanadi delta area, trying to embed wetlands at the district and village level, but without the presence of adequate incentives for the communities, the attempt may not be successful in the long run. On the other hand, United Nations Environmental Programme (UNEP) targets to triple investments in the nature-based solution by 2030 and to increase four-fold by 2050 from the current level. Implementing the UNEP’s targets for policy convergence demand participation of local communities with other stakeholders. Based on field observations, the following options are suggested to incorporate in the disaster reduction strategies by implementing nature-based solutions with creation of institutional mechanisms for payment towards ecosystem services like carbon sequestration and storage, biodiversity protection, and seascape beauty.

A) Sustainable financing of nature-based solution at the local level is one of the major issues in addressing triple planetary crisis related to climate, nature and pollution. Hence, pilot projects from public as well as private sectors must be encouraged to fill the finance gap. Thus, incentives must be provided to create institutional mechanisms for payment for ecosystem services and engagements of local communities in this exercise, where a win-win situation is a most probable outcome. Making nature a business and invest case may help in filling the finance crunch.

B) Allow and incentivize private landholders to convert their abandoned, semi- abandoned agricultural fields which are not cultivable because of high salinity in the soil after intrusion and submerge of seawater into mangrove plantation areas. Even people with no property rights (Patta) on the agricultural land, but with only users’ right by paying users’ fees like Pauti must be allowed and incentivized for the same. During a communication with villagers of Adhasal and Barahipur from Satabhaya Gram Panchayat, of Rajnagar block in Kendrapara district and some parts of Mahanadi delta of Mahakalpada block, we found that people are ready to participate in creation and conservation of mangrove forests with proper incentives and mechanisms at place. For example, in the abandoned uncultivated patches from Baunshgarh luna nai (saline river) to seashore of Satabhaya, villagers are ready to create and restore the mangrove ecosystem provided with a price mechanism.

C) Identifying and updating the land use and land use change categories at the coastal regions, and capturing change in physical ecosystems and demarcating and identifying the areas where natural ecosystems like mangrove, marshes, wetland, forests can be restored, created and developed.

The author is an Assistant Professor of Economics at Indian Institute of Technology-Roorkee. She can be reached through e-mail at [email protected]

Chris Gayle was not being treated right in Punjab Kings bio-bubble: Kevin Pietersen

24-YO from Odisha in United Nation’s 17 Young Indian…