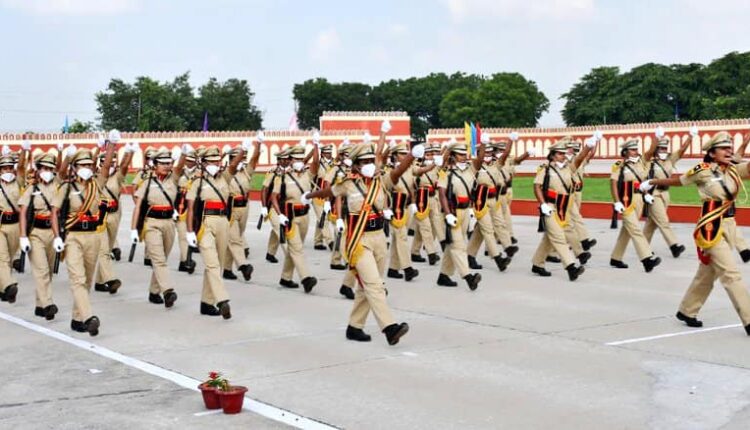 Police Commemoration Day commemorates the sacrifices of ten policemen who lost their lives while defending our borders with China in 1959. It is observed on 21st October, every year.

On October 20, 1959, three reconnaissance parties were launched from Hot Springs in North Eastern Ladakh. This was in preparation for further movement of an Indian expedition which was on its way to Lanak La. While members of two parties returned to Hot Springs by the afternoon of that day, the third one comprising of two Police Constables and a Porter did not return.

All available personnel were mobilized early next morning in search of the missing personnel. This team was led by DSP / DCIO Karam Singh.

At about mid day, Chinese Army personnel were seen on a hillock who opened fire and threw grenades at the party led by Karam Singh. Since there was no cover, most personnel were injured. Ten of our brave Police Personnel attained martyrdom and seven others sustained injuries.

The seven injured were taken prisoners by the Chinese. Bodies of the ten personnel were returned by the Chinese only on November 13, 1959, a full three weeks after the incident.

These bodies were cremated with full Police honours at Hot Springs. The Annual Conference of Inspectors General of Police of States and Union Territories held in January 1960 decided that October 21 would henceforth be observed as “Commemoration Day” / Martyr’s Day.

It was also decided to erect a memorial at Hot Springs and, every year, members of Police Forces from different parts of the country trek to Hot Springs to pay homage to those gallant martyrs.

A National Police Memorial has been created at Chanakyapuri, New Delhi as testimony of the sacrifices made by countless policemen in performance of their duty. The Memorial gives police Forces a sense of national identity, pride, unity of purpose, common history and destiny.

“The Wall of Valour” – 30 feet tall granite sculpture stands at police memorial with the names of over 35,000 martyrs who sacrificed their lives in the line of duty and reminds of their valour and glory.