Why rain-bearing clouds are thinning out over India 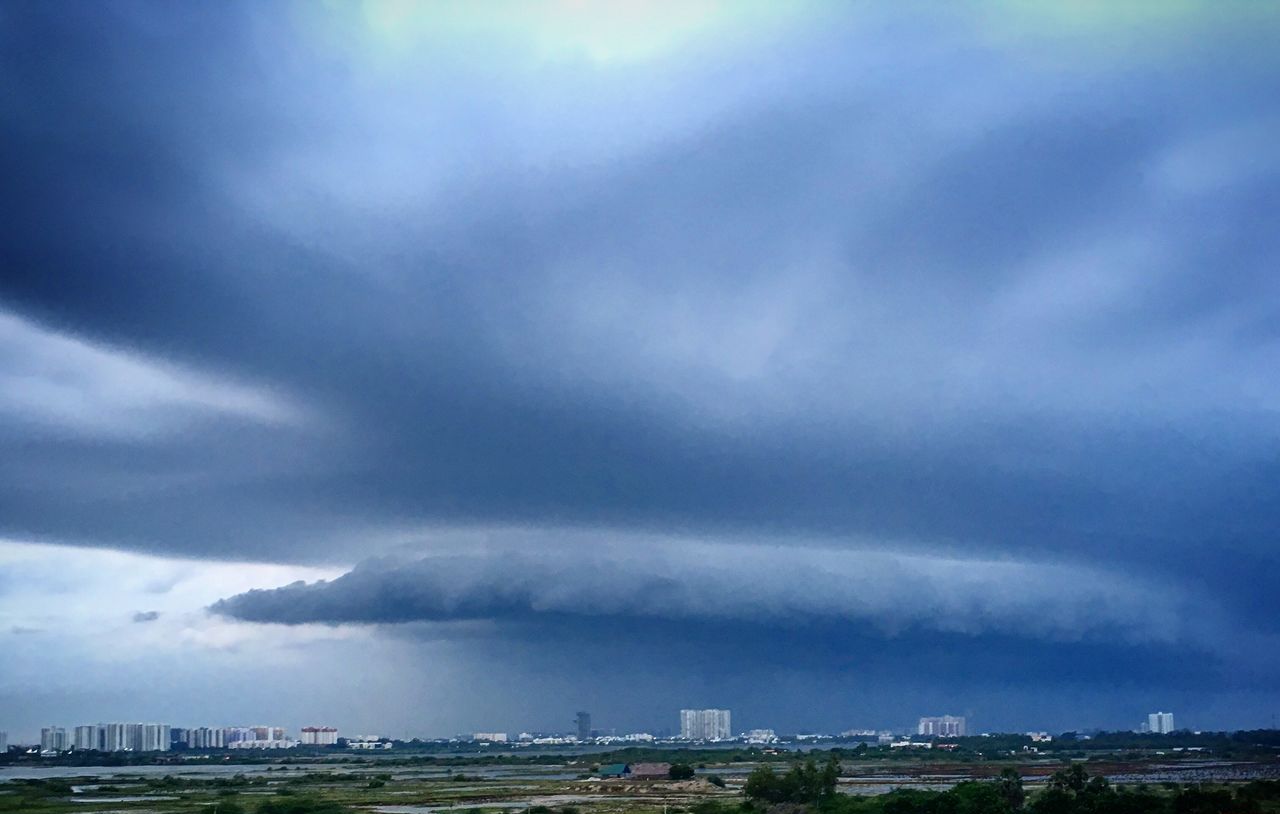 The India Meteorological Department (IMD) has predicted that this year’s monsoon rainfall will be around 98 per cent of the long-period average, which is good news in this drought-prone era. But another study by the same IMD shows a more worrying trend. It has found that rain-bearing clouds have been thinning out across the country over the last 50 years.

The study, published in the IMD journal Mausam, shows that between 1960 and 2010, annual mean low cloud cover (responsible for the bulk of the rainfall) over India has been decreasing by 0.45 per cent per decade on average. Low clouds are declining over various seasons as well, the most significant one being during the monsoons. The study has found that the decline during the monsoon has been 1.22 per cent per decade on an average.

India gets around 70 per cent of its annual rainfall and snowfall during the monsoon, from June to September.

According to the study, the number of rainy days is also declining during the monsoon season at an average rate of 0.23 days for every decade. This means that the country has lost approximately one rainy day over the last five decades. IMD defines a rainy day as a day when total precipitation is 2.5 mm or more.

“It is for the first time that low cloud cover has been studied in India, so it is a first-of-its-kind study,” A.K. Jaswal, retired scientist from IMD and leader of the study, told indiaclimatedialogue.net. “We have on an average lost one rainy day at each location that was studied across India, and that is of significance.”

As expected, the study found a strong correlation between low cloud cover and the number of rainy days. A thinning of this cloud cover also seems to lead to rising maximum temperature.

“Since monsoon season alone contributes to approximately 70 per cent of annual rainfall, the significant decrease in LCC (low cloud cover) as well as NRD (number of rainy days) in monsoon season during 1961-2010 obtained in this study is a cause of worry,” says the paper.

For the study, observations of cloud cover were made at 215 surface meteorological stations by trained observers who can distinguish low clouds from medium and high ones. Annual low cloud cover was found to have decreased at 61 per cent of the stations studied.

The study found there has been an increase in the low cloud cover over the Indo-Gangetic plains and northeast India, while it has decreased over the rest of the country. The authors say more studies are needed to account for these regional differences.

Rainfall and temperature data was also obtained for all the stations to find out their correlations with the low cloud cover.

Around 60 per cent of the earth’s surface is covered by clouds. They play a critical role in weather and climate by reflecting sunlight, blocking outgoing longwave radiation and producing rain and snow, recycling water vapour and in global energy balance. Cloud cover variability is one of the most uncertain aspects of climate model predictions.

The study says, “At present, it is not known whether changes in cloudiness will exacerbate, mitigate, or have little effect on the increasing global surface temperature caused by anthropogenic greenhouse radiative forcing. Due to their high albedo, low clouds have cooling effect, whereas high clouds trap outgoing infrared radiation contributing to warming of earth’s surface.”

Given that agriculture in India is hugely dependent on monsoon rainfall, there is a strong case for learning to adapt to a thinning low cloud cover.

“We are seeing so many farmer suicides. Agriculture is in lot of stress. And farmers have to adapt to the changing climate by storing water through traditional methods, changing crop patterns, creating ponds to augment groundwater depletion,” said Jaswal.

The study found that while the number of rainy days is decreasing, there is not much change in the total amount of rainfall. This shows a trend towards shorter, heavier bursts of rain. That is bad news, because heavier raindrops can dislodge wheat and rice grains from their stalks. It also means rainwater flows down a slope that much faster instead of percolating underground.

Globally, various factors are being blamed for declining cloud cover — climate change, aerosols and other pollutants. But given the complexities of multiple factors impacting weather, more studies are needed to find the cause.

Though the study does say, “One factor causing decrease in low cloud cover may be the direct effect of aerosols. As aerosols can cool the earth’s surface by reflecting sunlight and warm the aerosol layer by absorbing downward longwave radiation, the lapse rate will decrease and atmospheric stability will increase, suppressing cloud formation and reducing the cloudiness.”

Jaswal however points out that in some studies in other parts of the world, it has been found that aerosols (which form the skeleton of the clouds) can also have a positive impact on the cloud cover. “I hope that someone will take up the logical second part of the study to see what kind of changes are happening within the low cloud cover itself,” he said. Whether stratus clouds are increasing or the non-rain making clouds are increasing in the low cloud cover.”

Beauty tips for working women to get ready fast for party