In Odisha, Wife Carries Divyang Husband for 18 Kms on Tricycle For Pension 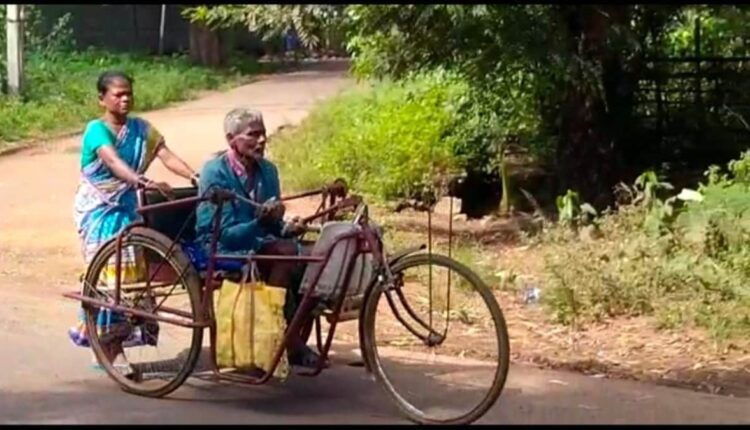 In this appalling event in the Badanai village of Keonjhar, Odisha, a man named Dulung Chatamba and his wife, Surjya Chatamba, had to cover 18 km to receive his pension from the nearest BDO office. Only Dulung is a man with special needs, and because they had no money to pay any fare for a trip to the destination, they were left with no other option than to borrow a tricycle meant for the differently-abled and set off on foot.

It was a long and harrowing journey for the two, especially when Dulung’s wife had to drag his tricycle for almost 18kms straight before they could collect their pension. They started early on October 12, Monday, and reached the Champua area’s BDO office after five hours of what seems a really tiring journey. While any updates on Dulung collecting his pension are yet to come, we can only hope that he got what he came for. 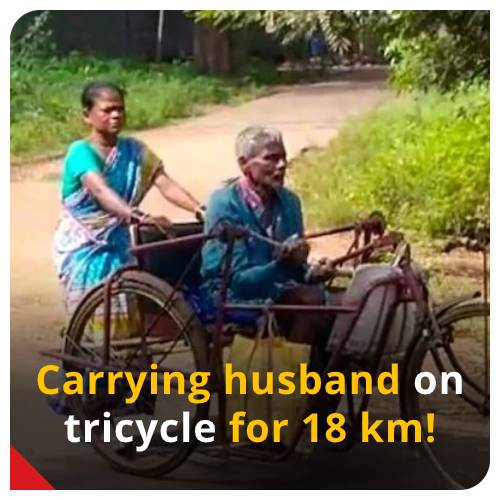 Narrating the hardships, the wife Surjya Chatamba said, “We left the village at 5 am, and I have been walking since then. We are poor and physically challenged; we will ask the BDO to help us in any means.”

Responding to the plight of this old couple, the District Security Officer, Jayakrushna Barik, commented, “We will look into this matter and investigate if her husband is receiving his due allowance. If his name is enrolled in the records, then as per the government procedure, we can deliver the allowance right at his doorstep.” He further added that they would be facilitating the registration and pension payment process for Dulung if he hasn’t yet been enrolled in the list.

Such shameful incidents of senior citizens’ having to go unimaginable distances for collecting their pension isn’t something unheard of in this state. In June, a similar event took place in the Nuapada district, when a 70-year-old daughter had to drag her 120-year-old, bedridden mother for withdrawing her pension amount after the bank insisted on physical verification of the account holder.

The video of their helplessness went viral, and the Twitterati called out on the bank officials for demanding the presence of the two older women. Since then, many notable government officers, including the BMC commissioner, have written to the regional managers of all government, privately-run, scheduled, and RRBs requesting them to provide doorstep service to the elderly Divyangs. However, from the rising frequency of such unfortunate events in the state, it’s still a far cry to streamline the system.