Wife, paramour along with driver arrested for man’s murder in Odisha’s Mayurbhanj

Mayurbhanj SP Rishikesh Dnyandeo Khilari said the the trio had conspired to kill Purendra as he was getting in the way of his wife's illicit relationship with Umesh. 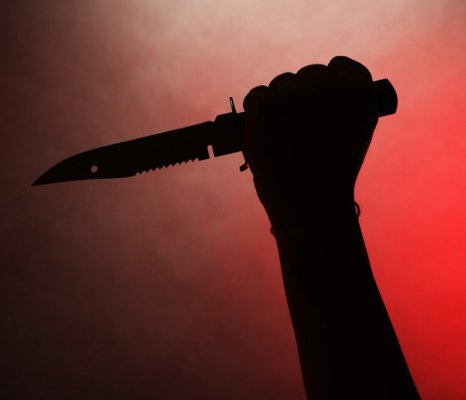 Bisoi/Baripada: Days after a man was found dead with his throat slit near NH 49 within Bisoi limits in Mayurbhanj district of Odisha, police has arrested three persons including the wife of the deceased, her paramour and a driver for their alleged involvement in the cold blooded murder. The deceased was identified as Purendra Nayak (40) of Kendupada village within Kankadahada police limits of Dhenkanal district. The accused wife Sebati (38), lover Umesh Mahant (45) and driver Litu Parida (34) were produced in court today after they confessed to the crime during investigation.

Addressing mediapersons, Mayurbhanj SP Rishikesh Dnyandeo Khilari said the the trio had conspired to kill Purendra as he was getting in the way of his wife’s illicit relationship with Umesh.

While Sebati had married Purendra, she was in love with Umesh who hailed from Kharkari village and was teaching in Kendupada. The duo continued their affair even after Sebati’s marriage. But over the years, as Purendra’s presence became a hindrance to their relationship, they decided to get rid of him and hatched a plan to kill him. As per the plan, Purendra came to Mayurbhanj 0n November 19 and left Sebati at her aunt’s place. Umesh too joined and later with driver Litu (who also belonged to Kankadahada), took Purendra to a roadside eatery where they had lunch. They consumed alcohol and later took Purndra near Mahubhandar bridge where they killed him by slitting his throat. Police recovered the body next day and a team led by Rairangpur SDPO Gokulanand Sahu and Bisoi IIC Mini Bhoi started a probe. After scanning CCTV footage of a liquor shop, they tracked down the vehicle and seized it. The cops also traced the accused’s whereabouts and nabbed them subsequently on November 29. On Thursday, the trio were brought to the crime scene where they confessed to the murder.

Police said after the confession, all three of them were produced in court.