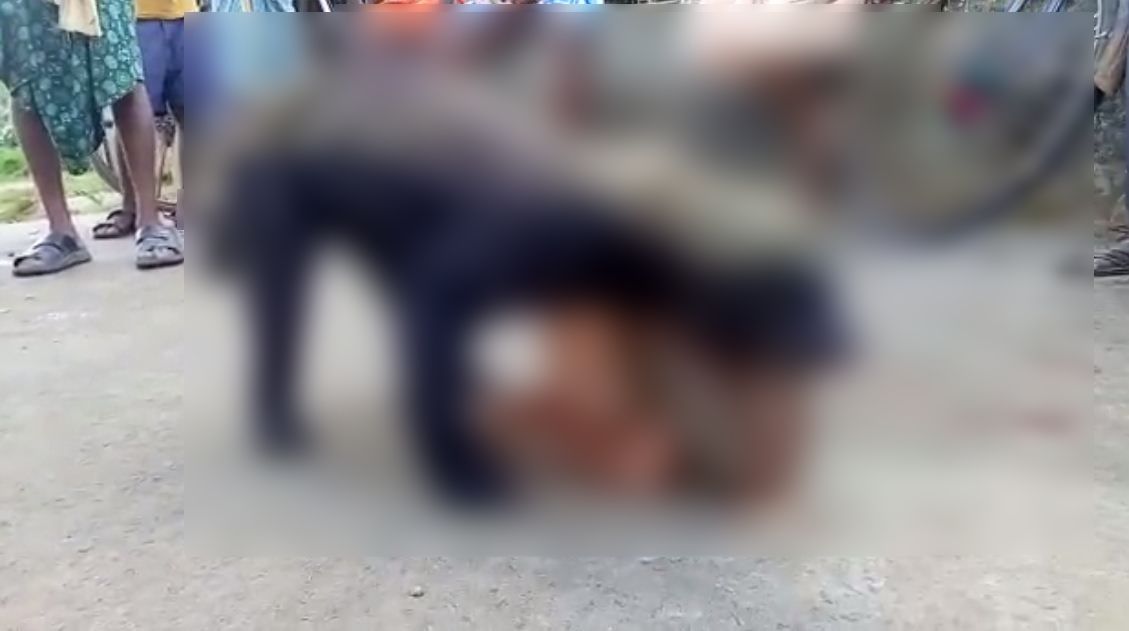 Astaranga: A wild bear was thrashed to death mercilessly by the villagers after it strayed into human habitation in Astaranga area in Odisha’s Puri district.

The incident was reported from Jaleswar pada village under Kakatpur block today.

According to reports, the irate locals nabbed the bear after it allegedly attacked people and injured two persons in the morning. They started beating the wild animal to death instead of handing over to forest officials. Later, they kept the body for display on the village road as mark of their triumph.

Shockingly, the villagers in large number were watching the inhuman act live, but nobody came forward for the animal’s rescue.

Following brutal killing of the wild bear, the Astaranga forest officials reached the site. They identified the animal as ‘Gada bear’, a bear species found in large numbers at forest near Golara area.