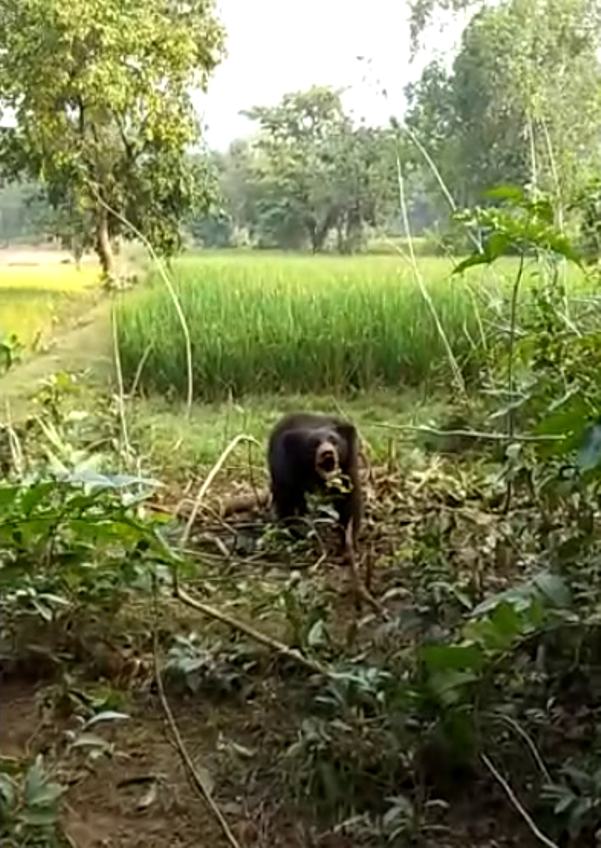 Nilagiri: Entire forest was echoing this morning with the roar of a bear, which accidentally got stuck in a trap laid for wild boar near Kathagocha here.

The trapped bear was spotted by the locals, who later informed the forest department for rescue.

According to reports, the wild bear got into the trap, which was laid for wild boar allegedly for poaching in Mitrapur reserve forests under Nilagiri range in Balasore district, on Thursday night.

The bear was roaring after being trapped.

On receiving information from the locals, a team of forest officials including Mitrapur forester Ganesh Prasad Lenka, Nilagiri ranger Sukumar Das and ACF Lakhman Kumar Pradhan rushed to the forest to rescue the bear.

However, the forest officials failed to rescue the wild animal.

On directive by the DFO, two veterinary doctors rushed to the spot to tranquillize the bear for rescue.

Till the last report came, the rescue operation was underway.

Three critical in explosion during boat construction near Chilika