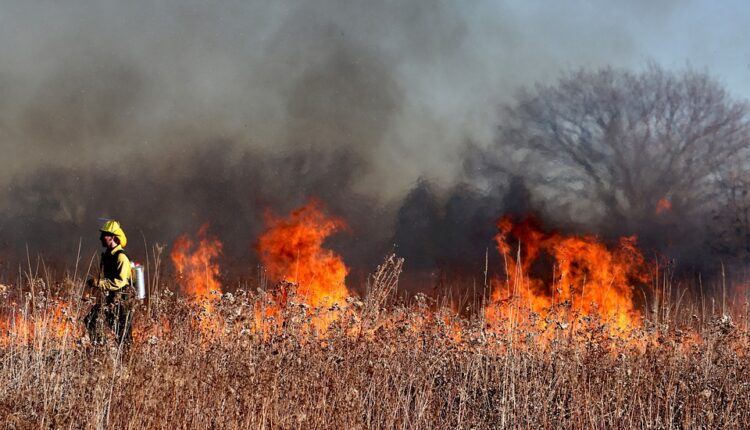 The fire occurred in Yanggu, 175 km northeast of Seoul and about 20 km south of the border with North Korea, on Sunday afternoon and spread rapidly due to strong winds, burning an estimated 521 hectares until Monday morning, Yonhap News Agency quoted the officials as saying.

No casualties have been reported so far as authorities have mobilized all possible resources, including 27 helicopters and about 1,300 personnel, to protect private houses and facilities, including Buddhist temples, from the raging fires.

A dry weather advisory is currently in effect across the northeastern mountain province of Gangwon, where Yanggu is located.

“The recent dry weather has led to frequent wildfires. Residents should be careful as strong winds can result in large-scale wildfires,” a weather official in Gangwon said.

Authorities mobilised 37 helicopters and 622 personnel to fight the Gunwi wildfire from 6 a.m. Monday, they said, adding there have been no reports of casualties or damage to houses or other buildings.

Gunwi and nearby areas have also been put under the dry weather advisory.

Elon Musk will not join Twitter’s board: CEO Parag Agrawal

Amid turmoil, Shehbaz Sharif set to become next Pakistan PM