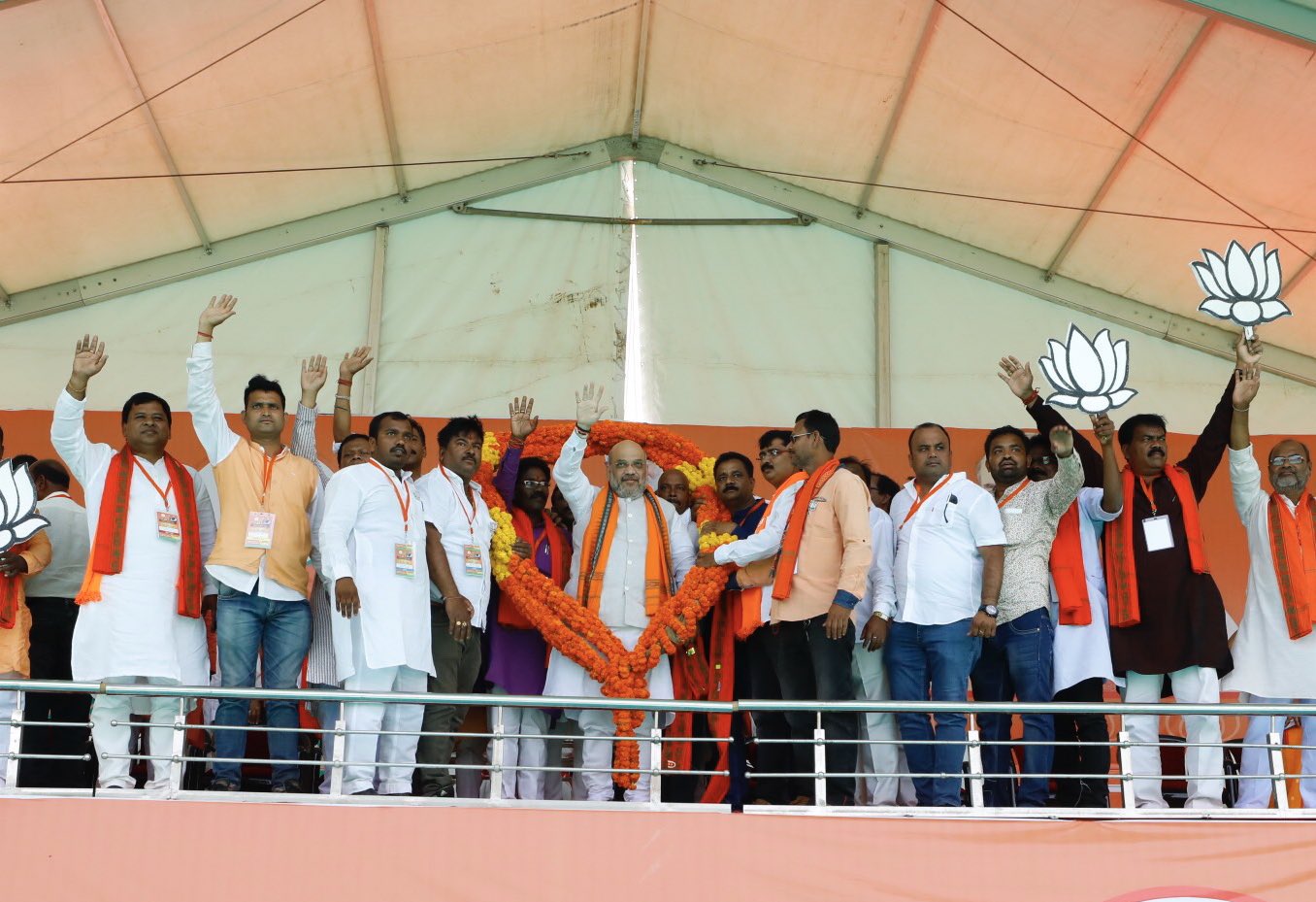 Keonjhar: BJP President Amit Shah on Friday said the people involved in the chit fund and mining scams will be sent to jail once the party forms a government in Odisha.

“Even though the babus of (Odisha Chief Minister) Naveen Patnaik indulged in corruption, he never acts against them,” Shah said, while addressing an election rally in Keonjhar.

He also said that while Odisha is rich in natural resources and minerals, the people of the state continue to remain poor because of serial corruption by the state government.

“Due to the complete lack of employment opportunities in Odisha, its youth has to migrate to other states to earn their livelihood,” he said.

Shah also highlighted the issue of water scarcity in the state, poor healthcare and the problem of paucity of teachers in schools.

Shah slammed Naveen Patnaik for his poor understanding of the Odia language even after ruling the state for 19 years.

“Naveen babu has ruled Odisha for 19 years, but still can’t talk in Odia to his people. You need a Chief Minister who can interact with you in your language,” the BJP President said.

He said Rs 1,600 crore has been allocated to the Keonjhar district under the District Mineral Foundation Fund.

A medical college is also being built with money from the Centre, without a single paisa being spent on its construction by the Naveen Patnaik-led government, he added.

“You have given several chances to Congress and the BJD (Biju Janata Dal) to govern the state. Give a chance to BJP, we will make Odisha the number one state of the country,” said Shah.

The BJP president also made a host of promises to Keonjhar’s voters .

“The Modi government has worked a lot for the development of Odisha. Make Narendra Modi the Prime Minister again, and he will establish the steel plant in Keonjhar,” said Shah.

“All forest produce will be procured at MSP (minimum support price) by the government from the tribals. GST (Goods and Services Tax) will not be levied on kendu leaves,” he said.