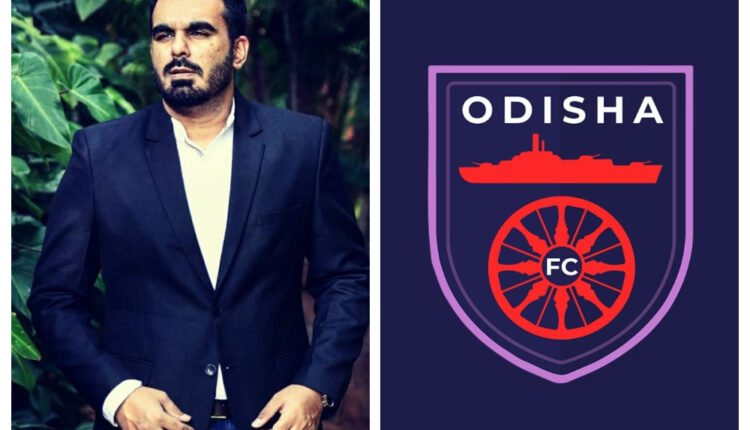 The Bhubaneswar-based club made some quality acquisitions both on and off the pitch ahead of the new season which is set to take place in Goa. A new coach and a string of fantastic new signings have brought renewed optimism in the OFC camp.

Abhik Chatterjee, Head of Football Operations at Odisha FC, in an interview with Sambad’s Samiran Mishra, talked about the club’s ambitions, new personnel, fans, and much more.

This will be Odisha FC’s third season in the ISL. What are the realistic aims and ambitions of the club going into the new season?

The realistic aim and ambition is to better what we did last year. Football is a sport that can be as unpredictable as Lady Luck herself. What we can do is work hard and try to negate some of the things we felt went wrong last year. We can provide the coaches and the players with the best possible resources from our side to do well. Hopefully, the results will reflect the hard work each and every member of our team has put in. We all want to win the Indian Super League but it is always better to take one match at a time, prudently.

How have the new coach and players settled in?

The foreign coaching staff and players have settled in quite well. They are professionals who are eager to embrace Indian culture, all the Indian staff and players, and are taking steps to extend themselves to us, which is always fantastic. Hopefully, this chemistry will pay off on the pitch. The new Indian players already know most of us, hence it has been an easy integration for them.

The domestic squad is more or less the same as last season in which they played in a different tactical setup. How do you see the current coaching staff adapting to the players and vice-versa?

I think this will be seen on the pitch. Results will prove if their philosophy is successful. However, they are an extremely hard-working group of coaches who are hands-on and eager to communicate what they want to the players. The Indian players will have to embrace this and let their natural talent shine through, which they all have in abundance to be honest.

There’s a visibly positive vibe surrounding the camp this time around. How better is it as compared to the last outing?

I think we have been quick to start pre-season this year. Our owners and the club management understood the positives in securing the team hotel, practice pitch, etc. early and gave us tremendous support for the same. It has enabled us to have some time on our hands before we enter the league bubble in October. It is a big plus for us because the players and the coaches can bond in a less stressful environment which is great for the squad chemistry.

There have been seven call-ups from the academy team to the senior team. How soon can we expect Odia players in the youth setup?

We have already conducted one leg of scouting in Bhubaneswar and have been scouting extensively in several districts within the state. Our collaboration with Youth for Sustainability led by Suvam Das and Chiranjibi Pati from our side has enabled us to penetrate some really interesting areas. In conjunction with the Government of Odisha, we are hoping to have the academies functional by next month. Once the teams are operational, it is up to the youth of Odisha to prove their mettle. We will give them the platform and if they are good enough, they will surely be picked on merit, because that will be key. We would love for local talent to come through and take their place in the senior team. That’s what all clubs dream about in an ideal scenario.

Are there any plans to shift Odisha FC’s academy from New Delhi to Bhubaneswar?

That is already done. We are registered with the Football Association of Odisha and have been working extensively with the Government of Odisha to activate the residential academies next month. They want us to kick this off as badly as us and have been excellent in their desire to make sure that they leave no stone unturned.

How has David Villa’s influence impacted the club?

Positively, as you can imagine. Our technical team vouches for his influence as quite a few foreign players have chosen to come to us because they know that he is involved with us. It is quite natural, given his stature and his network within the global football community.

Odisha FC supporters The Juggernauts have been doing some great work since the pandemic broke out. Are there any plans for more fan engagement in the coming season?

The Juggernauts have been immense. I cannot put into words what they mean to us. They have been relentless in their support and we are lucky that they have our backs. We are planning fan engagement activities on quite a granular level this year and the details will be made public towards the end of October. Since we will be in a bio-bubble again, we are looking at engagement ideas to ensure that the fans feel closer to the club and not detached.