Will never be the CEO of Twitter again: Jack Dorsey 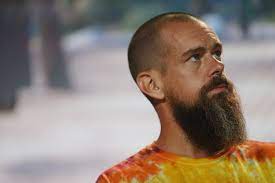 New Delhi: Jack Dorsey has categorically said that he will never be the CEO of Twitter again, as reports of him rejoining the micro-blogging platform surfaced after the $44 billion takeover by Tesla CEO Elon Musk.

Dorsey, who is now running financial payments platform Block (earlier Square), also said that no one should be the CEO of Twitter.

“Nah, I’ll never be CEO again,” he responded to a follower who asked if he would come back as Twitter CEO.

In another response, Dorsey said that “no one ultimately” should be Twitter’s CEO.

“It’s time to roll the dice again,” he further posted late on Wednesday.

Elon Musk has lined up a new CEO to take over from Indian-origin Parag Agrawal. Reports even claimed that Musk will be the temporary CEO of the platform once the deal gets through.

Dorsey earlier said he is against permanently banning accounts on the platform unless they are involved in illegal activity.

Dorsey, who left Twitter in November 2021 to focus on his financial payments firm, did not name any person but his tweet indicated former US President Donald Trump who was banned from the platform last year in the wake of the Capitol Hill violence.

“As I’ve said before, I don’t believe any permanent ban (with the exception of illegal activity) is right, or should be possible. This is why we need a protocol that’s resilient to the layers above,” Dorsey had said.

“Chronological tweets seem much better than what ‘the algorithm’ suggests,” he tweeted on Thursday.