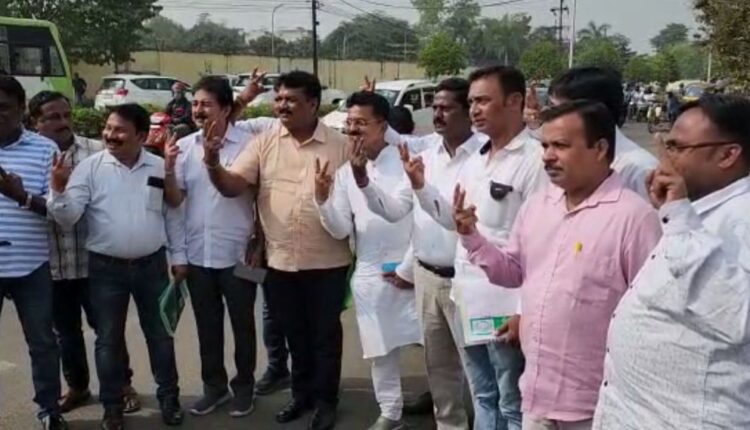 Bhubaneswar: Hours before the counting of votes for Padampur by-election in Odisha, the ruling Biju Janata Dal (BJD) today exuded confidence that it’s candidate Barsha Singh Bariha will win the seat with a massive mandate.

“Our party candidate will take the lead in all three blocks and lone NAC in Padampur Assembly constituency. We will register a landslide victory in the by-election,” said BJD observer for Bargarh district Sudhir Samal after a meeting of the regional party leaders at Chief Minister Naveen Patnaik’s residence here today.

“BJD supremo and Chief Minister Naveen Patnaik has asked us to submit detailed reports on various issues and problems of Padampur people within 15 days. Soon after our victory, our party leaders, who were in-charge of BJD campaign for the December 5 bypoll, will visit Padampur to express their gratitude to the local residents,” Samal said.

Earlier, former MP and senior BJP leader Mahameghabahan Aira Kharavel Swain had said that the BJD candidate would win Padampur bypoll. Reacting to this, BJP general secretary Prithviraj Harichandan said Swain is not aware of the ground reality. “Swain had not visited Padampur during the campaign for the bypoll. So, he has no idea about the ground situation there,” Harichandan said.

The by-election was necessitated due to the death of sitting MLA Bijaya Ranjan Singh Bariha on October 3. Bariha had been elected from Padampur Assembly segment on a BJD ticket in 2019.

The Congress party picked its former legislator Satya Bhusan Sahu to contest the bypoll. Apart from the nominees of BJD, BJP and Congress, seven others are trying their luck in the by-election.