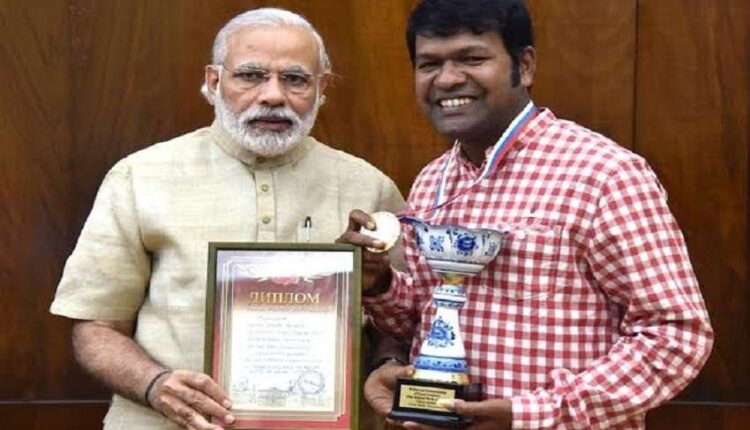 Bhubaneswar: In this week’s episode of Wings from Home Instagram live shows from Chalo Odisha page with Red Bull. They invited Shri Sudarsan Pattnaik who has represented India in 60 International Sand Sculpture Championships and festivals all around the world and won 27 championship prizes for the country.

He was awarded Padma Shri by Government of India, the Fourth Highest Civilian Award in India, in 2014 for his contribution in Sand Arts. Felicitated and Awarded by the Hon’ble President of India Smt. Pratibha Devi Singh Patil at Puri Beach in Odisha. He is awarded with Sarala Award by the Odisha State Government for the year 2008.

Five times Limca Book of World Records he also has created World Record in Sand Sculpture at Puri Beach in 2006, 2007, 2008, 2009, 2010 which was placed in Limca Book of World Records. He has received many more awards like this. He is an inspiration to several artists and people. He shared about his journey, his hardships and experience and motivated people to pursue their dreams. People were so happy to see him in the live show. He also asked people to stay indoors and stay safe.