With 6 spinners in Sri Lanka, 3 in England, India face problem of plenty 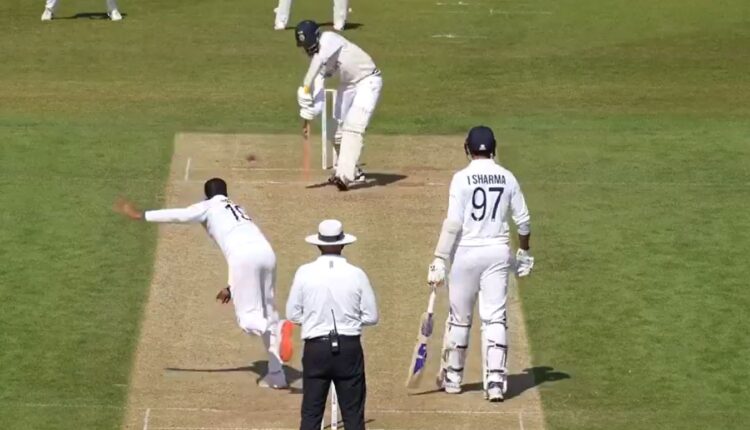 New Delhi: The Indian selectors and team management seem to have thrown only a morsel of opportunity to fight for to the six spinners who have reached Sri Lanka as part of India squad for the three ODIs and three T20Is.

Considering that these are the last set of limited-overs games for India before the T20 World Cup, it is unlikely that all will get sufficient game-time.

While Jadeja looks a certainty for the T20 World Cup squad, the remaining eight spinners will have to fight for what could be just 2-3 places in just three T20Is.

Former India selector, Sarandeep Singh, who was part of the previous selection panel, is a bit amused at the number of spinners being carried.

“How will you play them all? Chahal, Yadav — they have been India regulars in recent times. Assuming you play Chahal, Yadav and Krunal Pandya (as all-rounder), what will the other three do? Everyone can’t get chances. You can’t play them all,” said Sarandeep, a former India off-spinner, to IANS.

“You can’t drop Chahal. He has been your premier bowler. Chahal and Yadav are proven performers. If anything, this will put pressure on them, say on someone like Chahal from other leg-spinner like Rahul Chahar who has done well in Indian Premier League (IPL),” he said further.

Sarandeep, who believes that “Chahal, Kuldeep, Krunal should be automatic choice for playing XI in Sri Lanka”, added the team management needs to decide now on who all are to be included for the T20 World Cup.

“You have three [T20] spinners in England, six here. That makes nine. I think they should be figuring out by now, who should be travelling to the World Cup.”

The World Cup will be held in the United Arab Emirates (UAE) from October 17 to November 14 but India may begin their campaign a week later, around October 24.

MSK Prasad, who was the chief selector in the previous panel, admitted it won’t be easy to give everyone a chance but added that the best way would be to split the opportunities.

“It won’t be easy to give everyone an opportunity. There are ODIs and T20Is, split it and give it to them. Decide who is for 50-over and T20. Try and squeeze and bifurcate,” said Prasad to IANS.

Prasad said that the team managements in England and in Sri Lanka would have to talk and decide on the certainties and give them opportunity.

“The team managements in England and Sri Lanka have to decide who are the certainties. You focus on the probables and then give them the opportunity,” said Prasad.

But does this put pressure on the likes of Chahal and Yadav?

While Sarandeep had said it would as described earlier, Prasad says they need to deal with it.

“If they can’t play here [and start feeling pressure], how will they play there (at the T20 World Cup). With time, things move on. Either you catch up, or you don’t. If you are trying compete with the best, you have to handle pressure,” said Prasad

“I don’t think they will feel pressure. If they feel pressure, there is something seriously wrong,” he added.

Former India leg-spinner Amit Mishra, among the best T20 bowlers around due to his performances in the IPL, says competition is bound to increase if you pick so many spinners.

He also said that the team management and selectors may be justified in taking these many.

“They also want know who is the best. They must have some plan on how to use them.”